Even her quietest compositions are infused with a lively, crackling energy 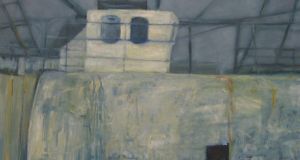 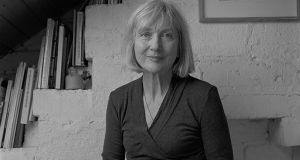 The painter Veronica Bolay, who died at the beginning of January, was both fondly regarded and highly respected by her peers. Over the years, the quiet intensity of her work won her many admirers. Landscape was consistently important: “My themes often emerge from the Irish land and landscape, especially the rural Western landscape,” she wrote in a brief exhibition note in 2006.

All the same, she was not a landscape artist as such; she was more concerned with the experience of being in the landscape, or indeed being in a place, including domestic interior spaces. She was acutely attuned to the spirit of place.

“I am drawn towards the barely perceptible,” she wrote in 1997, “the nuance and ephemera. I hope to celebrate the insubstantial components that for me intensify the experience of living.”

She habitually worked with oil paint and pastels, and despite a bold colour sense had an exceptionally light touch with both, teasing out subtleties of light and atmosphere with expanses of radiant colour and darting lines. Even her quietest compositions are infused with a lively, crackling energy. Stylistically, Brian Fallon accurately described her as an intimiste, a la Vuillard or Bonnard, rather than a Romantic.

The writer and critic Brian Lynch, who worked collaboratively with Bolay’s husband Peter Jankowsky, and was a good friend, described her as “a poet in paint”, and it is perhaps not surprising that poets were drawn to her work: Paul Durcan responded to specific paintings in several poems, including The Hay Carrier and Island Musician Going Home.

Many of those who knew Bolay have commented on her innate charm and gracefulness, and in person she was invariably warm, engaged and generous with her time and attention. None of which contradicted a certain inner toughness and resolve. A characteristically wry half-smile, and a cool, appraising eye indicated that she missed little, and she had a way of cutting through small talk. While very sociable, she was easy in her own company and, as she herself noted, spent quite a lot of time alone, as painters and writers often tend to do.

Bolay was born in Hamburg on August 8th, 1941 in the midst of the Second World War. Her father was Heinrich (Heiner) Bolay and her mother Kate Bolay. Veronica grew up in the strange environment of post-war Germany. Having studied painting and costume design in Hamburg, she went on to study group therapy at Aachen University.

When working as a theatrical costume designer in Cuxhaven, Hamburg, she met Peter Jankowsky, then an actor, and they married. Jankowsky had been fascinated by Ireland since he first visited the country in 1957 and, in 1971, he and Bolay took the drastic step of moving to Ireland, settling in Stillorgan in Dublin.

Jankowsky taught at the Goethe Institut (he also, later on, resumed acting, was a translator and became a regular contributor to Sunday Miscellany on RTÉ radio), and Veronica built her reputation as a painter. With Camille Souter, Mary Farl Powers and others, she took part in a benchmark exhibition of work by women artists in the Project Arts Centre in 1978. Though based in Dublin, she and Jankowsky had strong connections to the West, specifically Westport and Clare Island, where they befriended renowned resident Bernie Winters. They were both greatly influenced by the way he lived close to nature in a spectacular but also harsh, elemental setting. Eventually, in the mid-1990s, Bolay moved to a house in the countryside outside Westport, at Letterbrock, and produced some of her best work there.

She exhibited extensively, with many solo shows, including more recently one at the Linenhall, Castlebar (Pausing at a crossroad), regularly with the Rubicon Gallery, and at the Hallward Gallery, The Paul Kane Gallery, the Vangard and more, winning several awards and commissions along the way. Her work is included in many public collections. She served on the board of the Linenhall and was a member of the RHA and Aosdána.

She is survived by her son Aengus, daughter-in-law Irina and granddaughter Mila