Something Like Breathing review: a breath of fresh air 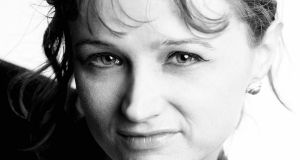 Friendship and community are at the heart of Angela Readman’s debut novel Something Like Breathing, a charming and quirky tale about two girls growing up on a remote Scottish island. With a plot that is secondary to the sharp observations and evocative descriptions, the novel form gives Readman, an acclaimed poet and short story writer, the opportunity to showcase her finely tuned prose and flair for imagery. But there is also much to like about the story, which is reminiscent of the novels of other emerging authors such as AJ Pearce, Kit de Waal and Jess Kidd in its ability to deliver a whole community within its pages.

Set in the late 1950s, the narrative begins with 13-year-old Lorrie Wilson and her family leaving mainland Scotland in mysterious circumstances to relocate to her mother’s childhood home on the island. The family moves in beside Sylvie and Bunny Tyler, two offbeat characters who help bring the island and its customs to life. Sylvie is an unpopular, taciturn teenager whose thoughtful diary entries are spliced with Lorrie’s coming-of-age narrative. Readman skillfully weaves elements of the supernatural into Sylvie’s character without jarring with the deadpan realism of the rest of the book. Sylvie’s voice is quaint and intelligent, an outsider at school who doesn’t give two figs about her status. To say more about her abilities would spoil the plot but there is just enough suspense to keep the story ticking over.

Asking Sylvie what her pet rabbit is called, she is given the deadpan response: 'Stew'

Less successful is the English author’s ability to connect Sylvie’s powers with Lorrie’s family situation. Interesting problems abound in the Wilson family – a curmudgeonly grandfather, a depressed father, a mother whose childhood sweetheart, Rook Cutler, is a constant looming presence – but ultimately they go nowhere. The sexual tension between Rook and Lorrie’s mother is overdone. Lorrie repeatedly tells us about her parents’ unhappy marriage and Readman, a restrained writer elsewhere, goes too far when showing us what she’s missing: “Over his shoulder, I saw her gaze meet Rook Cutler’s. He looked at her and looked down at his hands. It was a surrogate kiss. The first time my mother ever kissed her childhood sweetheart, she did so with her eyes while her husband’s lips bore the weight.” The passage could be cut after “hands” and deliver the same information and effect.

Perspective is an issue also as Lorrie tries to tell us her mother’s thoughts: “My mother smiled though she knew as soon as Rook left, her husband would say, ‘What does he still call you Lucky for anyway? It’s ridiculous.’” Another of Lorrie’s narratives starts, “Rook Cutler knocked off from the distillery and popped his head around the door. The day had been endless”.

In trying to render two separate families and the wider island life in a relatively short novel, Readman does too much, though everything she gives us engages, from Sylvie’s otherwordliness to Lorrie’s attempts to fit in with the popular crowd. At her mother Bunny’s remarriage to an island widower, Sylvie shocks guests with her reaction to a dead bird: “She didn’t turn around. One hand on a wing, she lowered her head and placed her lips on the bird’s neck.” In the oppressive, tittle-tattle atmosphere of the island, the story morphs into something grotesque and comic.

Lorrie’s reckoning with island life also brings humour. Asking Sylvie what her pet rabbit is called, she is given the deadpan response: “Stew.” Other indicators of island life include the depressing choice of teenage boys for Lorrie to date, the lack of anywhere to go when she does manage to wrangle one, and the fact that The Wizard of Oz is the only movie shown on the island for months – before a committee decides it’s a bad influence on the young people.

Lorrie’s smart-alec banter with Bunny, a comically drawn 1950s housewife who is always cleaning, baking or trying to improve someone, is another source of lightness: “You should give me some tips on invisible make-up some time, Bunny.”

A stylistic device where Lorrie describes the people she meets as one would a bottle of wine – nose, palate, overall – sounds like a stretch but works well. An evaluation of her mother reads: “The clothes she wears have the slightest aroma of the dust she sweeps around the kitchen, spilled sugar, beeswax and coffee.” A less than pleasant date is summarised: “That variety of boy it isn’t possible to imagine having said please, not once in his life.”

From the wilderness of the setting to seminal moments in the girls’ friendship, Readman captures her subjects with ease and clarity. Something Like Breathing is a charming debut whose young voices beguile from the beginning and impart their lessons with a light touch along the way: “I gulp a breath. Hold it in. The older I get the more I need to learn how to breathe.”