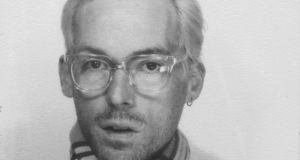 Is there a moment that changed your life?

The death of my mum. I was very lucky, because we were as close as two people could be. But it’s seems from talking to others that no matter what kind of relationship existed, it’s a thing that irrevocably alters your sense of self in the world. And it doesn’t seem to diminish as such, you just slowly get used to living with it. A strange new normal.

Who is the person you admire most?

My mum. And JG Ballard. Both wonderful, wise humans who transcended brutal childhoods and terrible loss to create beautiful, secure, loving lives for themselves and their children.

What’s the best advice you ever received?

It’s okay to be unhappy half of the time. The world is sad and beautiful. But when it shifts beyond that, it’s time to have a look at your life and see what changes you can make to redress the balance. Also, don’t take photographs when drinking. But do hungover – you’re tuned into the vulnerability of the world. And never, ever trust a Tory.

And the worst advice?

What or who is the biggest influence on your career?

Books. I just finished Olivia Laing’s The Lonely City, which is so good I almost went immediately back to the beginning and started again. Instead though, I got her Kathy Acker book Crudo, which is a lacerating, smart take on the first summer of Trump. Before we all went numb.

What are you most proud of?

Presenting the work about mum’s death at Unseen Amsterdam was a total trip. I’d been at the festival as a wide-eyed punter a while before she got sick, and if you were to tell me the strange path that lay ahead I would have had a hard time believing you. She would have been so proud, but it couldn’t have happened without the last few awful years, and ultimately without her final absence. The work is as much hers as mine, so I still feel like we’re doing it together.

Is there a practical thing you do to help your personal development?

Read as much as possible, and write regularly, most often to no discernible end. Spewing out the garbage is a great way to process. The Surrealists were jerks but they got some things right.

What location do you return to for a sense of calm?

The sea. Swimming in the sea has saved my life too many times to count.

An inability to plan for the future and/or know or remember chronologically when anything happened in the past. Also chronic lateness. Time is my enemy.

Spending all my money (while late). I’ll always be poor, and late.

What would your friends say your most dominant trait is?

Do you have an unfulfilled goal you don’t tell anyone about?

I wish I could sing. Even in private.

Smell the flowers while you can.