Shay Linehan obituary: A gifted adaptor of Maeve Binchy for the stage

Linehan pioneered the teaching of English in Zambia, which became official policy 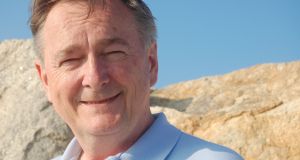 Shay Linehan: adapter for the stage of three of the late Maeve Binchy’s books

Shay Linehan, who has died aged 64, led a double life, in the best sense of that term. A dramatist of considerable distinction, who had plays performed on three continents, he also became renowned as a teacher of English to Zambian schoolchildren for 26 years in an innovative way that became Zambian government policy.

In Ireland, Linehan was probably best known as an adapter for the stage of three of the late Maeve Binchy’s books – her novels Light a Penny Candle and Minding Frankie, and her memoir of illness, Aches and Pains.

Peter Sheridan, who directed both of the former adapted books at Dublin’s Gaiety Theatre – Light a Penny Candle as recently as March and April last – told The Irish Times this week that Linehan “was both comedic and serious”, citing the change in tone from act one of Light a Penny Candle, a light-hearted recreation of the lives of two young girls – one English, the other Irish – in 1940s Ireland, to act two, dealing with the tensions that arise in their adult friendships much later on, when the girls, now women, navigate the differences between a very severely repressed Ireland of the late 1950s and early 1960s, and the opportunities created by a (then) more cosmopolitan and liberated England.

“Act one was just hilarious, one of the funniest things I’ve ever seen on stage … Act two more serious as he exploited the contrasts, between Catholic and Protestant, Irish and English, brilliantly.”

Linehan’s version of Minding Frankie, a potentially heartbreaking story of a man raising a daughter not his own, Sheridan describes as “the best pay-off I’ve ever seen in my 40 years of drama”, as the father figure gradually draws in the audience to a final realisation of what he has decided to do when faced with the choice of “giving up” the girl or keeping her. The effect of the long scene at the end of the play created “an incredible one-ness in the theatre which was utterly brilliant, and which got standing ovations each night [of the run].”

Sheridan stresses the sheer industry involved in adapting, especially Light a Penny Candle, a book of 850 pages, which Linehan managed to boil down to just five characters on stage. “I encouraged him not to do it [to reduce so much] but he took an incredibly brave decision and did it.” It worked.

Linehan’s bravery was literally physical, Sheridan revealing that the playwright had worked right the way through the rehearsals, despite suffering acutely from the late stages of cancer, rewriting scenes and lines as he went.

Aches and Pains, described by Maeve Binchy’s widower, Gordon Snell, this week as “a jokey account of life in hospital”, was produced first for the Dalkey Heritage Festival, directed by Margaret Dunne, and is frequently revived as part of that festival annually. Snell, who became a close friend, added that Linehan had “amazing insight into people’s characters … he was amusing and witty, and I think that’s why he got on so well with Maeve’s style and approach. I was delighted by the way Shay recreated Maeve’s work on stage, and I know she would have been, too.”

Linehan’s creative writing career kicked off, not in Ireland, but when he and his wife Teresa (nee Dillon) went to teach English in Zambia in 1978. There he specialised especially in comedy, his plays The Progressive Dinner Party, Footers and Angel Farm delighting both Zambians and audiences wider afield in southern Africa. Footers became, in the late 1990s, the first Zambian-origin play to be performed at the Fringe Festival in Edinburgh.

Back in Ireland after 2004, Linehan became a regular contributor to RTÉ Radio drama, winning the PJ O’Connor Award in 2006 and coming in second place two years later. His 2006 winner, Kerry Plates, was entered by RTÉ for the Prix Europa Award in Berlin that year. His Goin’ Straight won the Gold Award at the PPI Radio Awards in 2016.

It was in Zambia that, arguably, Linehan made what will probably be his most lasting legacy, as an educational innovator. There he was faced with a situation where the Zambian government was attempting to make English a common language in a vast territory where dozens of different languages and dialects are spoken.

In secondary schools in Kasuma and Luanshya, Linehan, working with other colleagues, developed two programmes, the Breakthrough to Literacy and the Primary Reading Programme, which were so successful they were rolled out nationally, and then in other southern African countries also. He then joined the British Council in its Lusaka office and school in 1994, becoming an employee of the British Department of International Development. On his return to live in Ireland in 2004, he wrote documentaries about the problems of human development in Africa for RTÉ, and became a full-time manager with the Deilg Inis Theatre Company in his adopted home suburb of Dalkey, Co Dublin, and spent time also as writer-in-residence with the Irish Classical Theatre Company in Buffalo, New York.

At Buffalo, his play Cant, on an Irish Traveller theme, was performed, and was awarded the inaugural McGuire prize. Linehan also became, with RTÉ, one of the writing team for Fair City.

Shay Linehan was born in Co Kerry, where his father, Cornelius, was a Garda at Annascaul, and moved to the Dublin suburb of Drimnagh as a small child when his father was transferred to the capital. He was educated there at Drimnagh Castle CBS and Ard Scoil Éanna, and then took a degree in English and economics at UCD, where he met his wife, followed by the higher diploma in education. Linehan completed his studies by completing the MA in linguistics at the University of Birmingham.

Shay Linehan is survived by his widow, their daughters Naomi and Laura, by his mother, Christina (nee Corrigan), by his sisters Mairéad Magee and Christina Loughlin, and by his brother, Tony, and sons-in-law Ben Kitchin and Dallan McCormick.