Life Lessons with Karin Slaughter: ‘I’m still in touch with the college student in me who is too poor to afford food’ 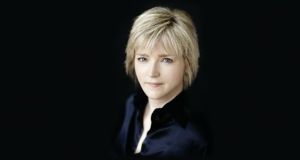 Karin Slaughter: “My ninth-grade English teacher was the first who said I was good writer but I could be better.”

The biggest challenge I have faced in my life was… Getting published as an author. It took 10 years. When you have a goal, sometimes the worst thing that can happen is having that goal achieved because you don’t know what happens next. I was clueless as to how to handle it. I got a generous contract, life-changing money, I was freaked out. I got depressed. It was the best time of my life and the worst time.

The moment that changed my life was… I had self-funded a tour to visit some bookstores in California. My publisher called and said I got a review in People Magazine. It was a scathingly bad review. Then I got another phone call saying my book was on the New York Times list. It changed my perspective: as bad as something feels, it’s bound to get better.

The person I admire most is… My ninth-grade English teacher was the first who said I was good writer but I could be better. She was a different kind of person; well-travelled, sophisticated, different to people in my small town because she was very liberal. Her moral compass pointed very clearly in a direction I saw for myself. She stayed in my life into my adulthood, and was the second person after my father I told I got a book deal.

The thing I’m most proud of is… My relationship with my father. I never doubted that my dad loved me, and he always listened to me, and he respected me, but I didn’t realise that as a kid. I was like “what’s this guy doing all up in my grill?” When I was in high school I was called to the office because I had taped a photo of Marilyn Monroe’s autopsy to my lunchbox. My dad said [to the teacher] “She’s always been weird and we love her for it, she’s not going to change, so stop calling me up for this kind of sh*t.”

The best advice I ever received was… Always pack more underwear than you think you’ll need.

The worst advice I ever received was… I’m not going to name a name, but a writer said to me, “I think we’ve finally reached that point where we can write a book and it doesn’t matter because people will buy it.” It’s not advice I took. It was a learning moment for me, because I thought if I ever had that attitude, I’d stop doing it. I’m still in touch with the college student in me who was too poor to afford food, and how important it was to me to buy a book from my favourite author. If I could tell they phoned it in, I took it as a personal affront. Whenever I start a book, I always think about that. People need to know I worked my ass off.

Karin Slaughter is an American crime writer. Her latest thriller, The Last Widow, is out now

In conversation with Una Mullally