Obituary: Gardaí believe he saved lives and partly atoned for his terrorism 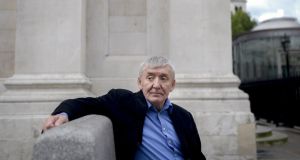 Sean O’Callaghan lived in fear that his former IRA colleagues or dissident republicans would assassinate him. Which is why, he said, he kept looking in “front of me as well as behind me. They want me dead. That’s their job. I plan to keep going. That’s my job. We all know the rules.”

But it was a sensible fear, according to his great friend Ruth Dudley Edwards, who describes him as a true Irish patriot, “a man who loved his country”. That fear didn’t stop him continuing the work of a significant part of his life: exposing what he saw as the evil and futility of the IRA campaign and the general dangers and malevolence of violent ideologies.

In the end he died in a swimming pool while visiting his daughter in Jamaica. The coroner has yet to establish the cause of death, but it may have been that he suffered a cardiac arrest in the pool, because as a Tralee man reared near the sea he was a good swimmer.

O’Callaghan was fit, but prison, hunger strikes and years of smoking Marlboro Lights with the filters torn off, as well as drinking Guinness and red wine – notwithstanding that he gave up alcohol and joined Alcoholics Anonymous five years ago – could have contributed to a heart condition, if such were the cause of his death.

Had Sean O’Callaghan not turned against his former comrades he could conceivably have ended up a TD, like Martin Ferris, or a Northern Ireland minister

That he was a self-portrayed informer and agent has led to some conspiracy theories about his death. But Dudley Edwards is dismissive, reporting that in Jamaica some people saw him getting into difficulty in the water but that by the time they came to his aid they were unable to resuscitate him.

In his earlier life he rose steadily through the provisional republican ranks, and had he not turned against his former comrades he could conceivably have ended up a TD, like Martin Ferris, the fellow Kerryman he helped jail, or a minister in the Northern Ireland Executive. It seems the republican leadership also saw his political potential: in 1985 O’Callaghan was elected a Sinn Féin member of Tralee urban district council.

His republican detractors portrayed him as a fantasist, although many in the Garda, the RUC and other security services said that he saved lives and atoned for some terrible wrongs committed when he was a very active member of the IRA. The late taoiseach Garret FitzGerald described him as one of the most important Garda agents operating within the IRA.

A journalist who knew him in London described him as intense and quietly spoken and said, “There may have been places where he gilded the lily, but, generally, did I believe him? Yes.”

Fired by revolutionary zeal, and angered by what he saw as the sectarian antics of the likes of Ian Paisley, O’Callaghan joined the IRA when he was 15

O’Callaghan came from a staunchly republican Co Kerry family. From a young age he had a fascination with James Connolly, the socialist leader executed after the Easter Rising of 1916. (It was an attachment he would abjure in a book he wrote about Connolly two years before his death.)

Fired by revolutionary zeal, and angered by what he saw as the sectarian antics of the likes of Ian Paisley, he joined the IRA when he was 15.

He served a short prison sentence in the South after accidentally detonating a small amount of explosives in Tralee. He thereafter became actively involved in the IRA in Northern Ireland, taking part in several attacks, including the mortar bombing of the British army base in Clogher, Co Tyrone, in May 1974, which killed a 28-year-old Ulster Defence Regiment member named Eva Martin, the first woman British soldier to be killed in the Troubles.

It was these killings that gnawed away at his conscience, causing him to rethink his commitment to the republican cause. “I started waking up in the morning with the murders running through my mind,” he later recalled.

O’Callaghan said his disaffection from republicanism was further exacerbated by an IRA leader who after the 1975 IRA killing of an RUC woman officer commented, “With any luck she’ll have been pregnant, and we will have got two for the price of one.”

For a period thereafter he distanced himself from the organisation, but in 1979 rejoined the IRA, having told a trusted Garda contact that he would act as an agent for them.

Friends such as the journalists Douglas Murray and Dudley Edwards, and the Ulster Unionist politician Chris McGimpsey, absolutely believed his assertion that his motivation was to atone for those killings and to disrupt the activities of the IRA as far as possible.

O’Callaghan said that he sabotaged numerous IRA operations, including an attempt in 1983 to kill Prince Charles and Princess Diana at a Duran Duran charity concert.

Allegedly it was Ferris who welcomed him back into the IRA in 1979. But according to O’Callaghan it was he who tipped off the authorities about the plot to smuggle arms from the United Stats into Ireland aboard a fishing boat, the Marita Ann – a seizure that led to Ferris’s being imprisoned for his part in the importation.

O’Callaghan was sentenced to 539 years in prison. Friends said that, for expiation, ‘he wanted to do time’

When it appeared that O’Callaghan’s cover might be blown he embarked for England again. But the murders of the UDR soldier and RUC detective still haunted him, and in 1988 he handed himself in to police in Kent and admitted his involvement. He was sentenced to 539 years for the murders and for other offences. Friends said that, again for expiation, “he wanted to do time”.

He was granted a British royal pardon in 1997, and the following year his memoir was published.

In 1998 he also gave evidence on behalf of the Sunday Times in its defence of a libel claim by Thomas “Slab” Murphy. The south Armagh man took exception to being described as an IRA chief of staff responsible for several murders. Murphy lost the case. In the High Court in Dublin, adding insult to injury, O’Callaghan blew kisses at his former IRA colleague.

He also helped relatives of victims of the Real IRA’s bombing of Omagh, in August 1998, who took a civil action that led to four republicans’ being held responsible for the attack, which resulted in 29 deaths, including that of a woman heavily pregnant with twin girls.

Great controversy still surrounds the IRA’s murder, in 1985, of another Garda informer, John Corcoran. O’Callaghan in 1988 told the Kerryman newspaper that he shot Corcoran, but he later retracted this confession, saying he made the admission in order to spur a proper inquiry into the murder. O’Callaghan said that he tried to warn his handlers that Corcoran had been exposed as an agent, and was in danger, but that his warnings were not acted on. Friends said that he was tormented by Corcoran’s death.

Notwithstanding his fear of assassination, O’Callaghan lived a relatively open life in England and was regularly in touch with friends and journalists and politicians. He also advised the former Ulster Unionist Party leader David Trimble, helped students writing about terrorism, and tried to steer young people away from extremist ideologies.

Despite its being too dangerous for him to return home, O’Callaghan kept in touch with what was happening in his native Kerry through local papers that he bought in London. He was well versed in the fortunes of the Kerry football team.

He had a son from a marriage that ended in divorce and a daughter from a second relationship that also ultimately failed.

Thinking of take-out tonight? Here's the pick of Dublin's restaurant meals to go
6

I’m bamboozled by the Covid rules. Can you simplify them for me?
8

Nuala O’Faolain, a feminist whose happiness was often tethered to men
Real news has value SUBSCRIBE