‘When Diana spoke to you, you were the only person in the world’

Princess Diana died 20 years ago on August 31, 1997 in Paris. One million people lined the streets of London for her funeral cortege. Video: Reuters 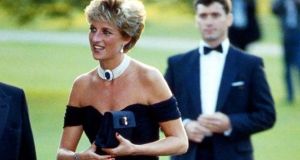 “Diana was a rebel who broke from royal tradition.”

“She was very self-assured and very sweet . . . She made you feel like you were the only person in the world when she was talking to you,” is fashion designer Elizabeth Emanuel’s memory of the late Princess Diana.

More than 700 million people turned on their TVs to watch Diana marry her Prince in 1981, wearing the epic dress with the 7½m train and huge puffy sleeves designed by Emanuel and her former husband David.

The couple got to know her well during the design phase when Diana, booked in for an appointment under a pseudonym, would show up at their studio with her bridesmaids in tow, making sure to meet the seamstresses while she was there.

“She always had time for you, she was never too busy to speak to you or to say hello. She really cared about people; she didn’t put that on,” says Emanuel, on the latest episode of The Women’s Podcast.

Today is the 20th anniversary of Diana’s death in a car crash in a Paris underpass at the age of 36. It sparked an unprecedented outpouring of public grief, even here in Ireland, a place she never visited, where Tricolours few at half-mast during her funeral.

Arthur Edwards took thousands of photographs of Diana as the Sun’s royal photographer. He tells The Women’s Podcast that she broke the royal mould.

“When she went to a hospice she’d sit on the bed, hold the person’s hand and look into their eyes. If she went to a clinic for children, she’d pick the children up and cuddle them. She started doing things so differently and her own way.”

Margaret Harty did not know Diana personally, but the primary school principal from Tipperary certainly felt like she did. She said she bought into the fairy tale of the young woman marrying her prince and she loved her style too.

“I lived for Thursday evening when Hello! magazine would come out. I had four small children and if Diana was on the cover my evening was made. My children went to bed and I devoured every inch of that magazine.”

Irish Times fashion editor Deirdre McQuillan says Diana was a rebel who broke from royal tradition, ditching the white gloves when meeting the public and touching people in every sense of the word. She tells the podcast that Diana also used fashion to send out signals about her life, particularly after it became clear her marriage to Charles was failing.

“That’s when she started wearing the Versace, the more figure hugging outfits and the famous ‘Revenge’ dress of course . . . She wasn’t this little sloaney teacher anymore. She was suffering and I think people identified with that,” she said.

To listen to the full podcast, go to www.irishtimes.com/podcasts, iTunes, Soundcloud or your preferred podcast app.

Do headstands, clear out a junk drawer, have sex: 15 ways to re-energise your day
6

Rolls Royce Ghost: More than just a plaything for the rich and shameless
7

Fears for tears: why do we tell boys not to cry?
10