Sean Moncrieff: I sat through an hour of call waiting, being told I was a valued customer

My bank asked if I recognised a certain transaction. It was small – just over a euro 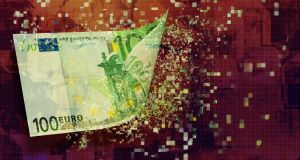 It started with my phone. Or I think it did. I’ll never know for sure. My phone started going wonky. The signal would drop and the only way to get it back was to turn the phone off and on again. But it didn’t happen that much. Best to do nothing, I reasoned. It would probably fix itself.

Surprisingly, this didn’t work. The problem got worse. It would happen at random times of the day, in various locations. I missed a couple of important calls. So I went into the phone shop. They told me I needed a new SIM. Definitely.

This didn’t work either.

So I did all the things Google told me to do: I reset settings and completely reloaded the software and got a repair shop to look inside. Nothing.

Some scoffed at my naivety (I get this a lot). This was obviously part of the dark Apple conspiracy to make me buy a new phone.

I went back to the shop. They told me I definitely needed a new SIM. Or to reset the settings. Or change the software. We worked our way through the list of all the things I had done already. Finally, the man shrugged.

“We could sell you a reconditioned phone?”

Turned out that even though I had got the phone on a “plan” and was in effect still paying for it, it was out of warranty.

I declined the offer and bought a reconditioned phone on eBay that was €50 cheaper.

At about 4am the following morning – during one of the brief periods when my old phone was working – I got a text from my bank asking if I recognised a certain transaction. It was small – just over a euro – but it was for a Hotel in Manchester. The text informed me that my card had been locked.

The following morning, I sat through an hour’s worth of call waiting, being told I was on to the wrong department and that I was a valued customer. I finally got to speak to a human who told me that an attempt to use my card had come from Brazil. He didn’t explain how this happened; or perhaps he didn’t want to. He asked had I made any unusual transactions, and I mentioned the phone on eBay. He hmmed, then read out some other highlights from my account: Tesco. Irish Rail. Tesco. Starbucks. Tesco. My bank statement, I realised, is a portrait of screaming dullness.

More than a week later and I still haven’t got my new card. I had to make repeated trips into the bank to get my account and a credit card unfrozen. I contacted the company that sold me the phone, and they seemed offended at the suggestion that their system might have been exploited. The new phone arrived though. It works fine.

I’m grateful to the bank for catching this. The first transaction, they told me, was a test. If it had cleared then the hacking Brazilian would have cleaned me out. Yet now I have an eerie sense of another world operating, just underneath the humdrum one where I buy my groceries or tap my card for a coffee: a digital arms race fought by faceless people in distant parts of the planet.

This is anecdotal, but since the hack happened to me, it’s striking how anyone I have told about it has a similar story. For understandable reasons, large companies, particularly banks, might be reluctant to reveal how commonplace this is.

Even though there is a simple solution: cash

Perhaps this is the new reality: every part of our online presence constantly attacked, bartered and sold, all in exchange for the perception of convenience.

Even though there is a simple solution: cash.