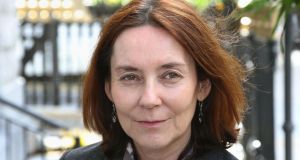 For Tuesday, March 29th, 1994, the TV highlights published in this newspaper listed a UTV programme exploring the phenomenon of stigmata, and BBC1 offered a dramatic recreation of the life of Sr Hildegard von Bingen, a 12th-century nun. RTÉ One’s Check Up would have a report from Calcutta, followed by the last in the current series of Tuesday File.

Several days before, independent film-makers Hilary Dully and Fintan Connolly had been asked to come to a meeting in RTÉ. There was, they were told, a “difficulty” with the piece of work they had made for that instalment of Tuesday File.

The documentary 50,000 Secret Journeys comprised interviews with three Irish women about their experiences of abortion. The 25-minute film was interspersed with news archive footage giving historical context to the abortion debate. The programme had been commissioned by RTÉ, but the station didn’t want it broadcast.

“We were never actually told that they wouldn’t show it, and it was kind of suggested that they would – but not then,” says Dully. “We were told that it lacked balance, and that one of the reasons for this was that the women involved didn’t express sufficient remorse.”

There was something of an outcry. Ruth Riddick, who was then the Irish Family Planning Association’s education officer, was among those to criticise the move. Trade union Siptu issued a statement on behalf of the television producer/director and director grades in the station, expressing “serious concern”.

In response, RTÉ said the decision was taken for “internal reasons”, which it did not wish to disclose.

It wasn’t as if Connolly and Dully had not been around the block. The pair had already undertaken a number of commissions for RTÉ and Channel 4, tackling subjects including sexuality, the lives of teenagers, emigrants in London and aspects of the North.

The documentary was screened later that year, on October 27th, 1994, but as part of a late-night current affairs package that included a separate filmed item about unmarried mothers, with contributions from an academic, two co-ordinators of support groups for lone parents, a senior social worker and a barrister – but no actual single parents were interviewed.

The Abortion Debate, as it had been renamed, served to “neutralise” the impact of Connolly and Dully’s original piece of work. As Dully explains, its placement within an “event”, while “ostensibly fulfilling the requirement to balance the content of 50,000 Secret Journeys, actually functioned . . . to disempower and marginalise the experiential narrative”.

The documentary was “originally commissioned and produced as a stand-alone current affairs film”, she says. When it was “repositioned” some months later as one element in a wider debate structure, it “recontextualised” rather than balanced the content, she adds.

RTÉ’s decision put commissioning editor John Masterson in an impossible position, and he resigned from his post as head of Tuesday File and moved out of current affairs broadcasting. He subsequently became a producer on The Late Late Show .

Years later, Dully made contact with Masterson and others for her PhD research at NUI Galway on 30 years of the “abortion discourse”, from the first referendum in 1983 to the enactment of the Protection of Life During Pregnancy Act 2013.

Part of that research involved an effort to find out what really happened back in 1994, but there is no paper trail accessible through Freedom of Information requests.

“Significantly, it was very difficult then to talk publicly about being gay or about marriage breakdown, and our attitude to both has changed significantly,” says Dully. “But with abortion, it is still a very polarised debate.”

She can say this with considerable authority, as she has analysed 52 television current-affairs programmes, broadcast by RTÉ between 1983 and 2013, for her doctoral research.

She divides them into four distinct time frames: the initial abortion amendment debate from 1981 to 1983; the 1992-1994 period involving the X case, which established the right of Irish women to an abortion if a woman’s life was at risk because of pregnancy, including the risk of suicide; the 1997-1999 C-case period, also involving a young woman who became pregnant after being raped; and the 2011-2013 period involving the death of Savita Halappanavar in 2012, and subsequent legislative change.

She has identified a marked change in the debate since Halappanavar’s death, as “here was a woman who was named and who we could identify with”.

She says the subsequent personal testimonies of women has also been a contributory factor in nurturing understanding.

“It’s not a route everyone wants to take, and I don’t feel there should be pressure on anyone to do so, but it’s still a brilliant thing to do,” she says. “What’s striking is that up to 200,000 women in this country have had abortions, but if everyone felt as guilty as it was suggested they should, we would have a serious mental-health problem. The fact is they don’t, and we don’t.”

She believes we are still finding it difficult to discuss an issue that, long before the advent of contraception, was having a profound but “silent” impact on society. “You look at all the graveyards for unbaptised children: the cillíní,” she says. Not all of these babies were premature or stillborn: there was infanticide.”

However, she also believes it is more complex than holding a referendum to repeal the eighth amendment, because it is a very complex issue, and such complexity does not lend itself to the format of current-affairs television.

“If our public engagement with a complex moral issue like abortion is restricted to binary oppositional debate [as on television], then it is probable that the lifeworld of women, particularly those who have had abortions,will be excluded,” she says. There is also a tendency in such a format to “repeat well-worn arguments and generate more heat than light”.

In that sense, she acknowledges that serious exploration of any complex issue is almost impossible in the current-affairs format. “We have to learn how to find another way to talk about it, because we have a 14-year prison sentence on our statute books, even as people are buying abortifacients on the internet, and it is only a matter of time before there is another case which could be much worse than anything we have experienced before,” she says.

In the meantime, Ms X in the X case is a middle-aged woman, and representatives of the anti-abortion movements have given a lifetime to defence of “absolute values” with a consistency that, with any sense of fairness, has to be admired, she says.

Dully observes that a “casual trawl through the confessional and the graphic abortion-related films on Youtube . . . makes 50,000 Secret Journeys . . . look very tame indeed”. Dully is close to completing her PhD through an NUIG digital arts and humanities scholarship, and she plans to make another wide-ranging film about abortion in Ireland, including the historical perspective.

“The production landscape, access to information and the public discourse around the subject have all been transformed in the intervening years. Yet the statistics remain remarkably similar: 4,000-5,000 Irish women have abortions each year,” she says

And her first-born, who was two when she learned that her documentary had been pulled, is now 23.

WOMEN AND FILM: PROGRAMME AT AN TAIBHDHEARC
Hilary Dully will speak about her experience of 50,000 SecretJourneys after a screening on April 16th at An Taibhdhearc theatre as part of Galway’s Unesco City of Film.

The Women and Film programme, curated by Lelia Doolan, will also screen Mother Ireland, which explores the development and use of images and music that personify Ireland as a woman in Irish culture and nationalism. This will be followed by a panel discussion with Doolan, Dully, Bernadette McAliskey, Dully, Pat Murphy and Margo Harkin.

The programme includes screenings of The Uninvited, a black and white ghost story of the 1940s based on the best-selling novel of Irish historian, playwright, novelist and human rights activist Dorothy Macardle; and Nora (starring Ewan McGregor and Susan Lynch, left), by director Pat Murphy.