Breaking plans at the last minute: is it rude or a form of self-care? 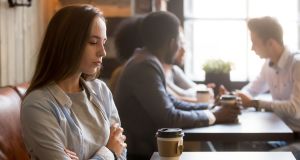 What sort of self-care is expressed at the expense of others? Photo: iStock

Functioning adults know that a sizeable portion of adulthood – far more than ideal – is composed of things we don’t want to do. There’s the endless, seemingly futile bureaucracy. There are the parts of our jobs (indeed, for a frightening proportion of people, most of their jobs) that are mundane, dull or awful, like apparently self-propagating emails, or taking verbal abuse from others who make you feel degraded and tired (every retail job ever). It’s a cliche, but no less true for it – in a perpetually connected world that is shrinking, where divisions between cultures, between territories, between the public and private self, between home life and work, are fraying away – some in a positive way, others not – we’ve all had enough of feeling tossed about by life. There are so few quiet moments, so little pure solitude (sitting on the toilet staring at a phone doesn’t count), it makes sense that we want to minimise the volume of stuff we don’t feel like doing, if we possibly can.

It’s understandable that we feel perpetually put-upon and sensorily assaulted, that our attention spans, accustomed to little intermittent dopamine shots administered by the devices we keep hooked to our proverbial veins (myself included), have grown brittle and demanding. By Friday evening the commitment we made last Sunday seems suddenly and overwhelmingly unappealing. We’ll be unable to conceive how, when we got the text during Sunday lunch, smiling through a mouthful of roast potato, we ever thought we’d want to go and see a Joni Mitchell cover act or an exhibition of photographs of cats in haute couture, or an audience with that Instagram influencer who is a level-12 vegan psychic (she only eats foods that don’t contain matter and can read the aura of legumes), or whatever other stupid stuff our friends like.

There are so many ways technology has improved us. It has forced us to be more honest, for one (as individuals at least – it’s harder to throw about made-up facts at a party). It has made us more connected, but that connection has also, ironically, made us worse people in terms of how we view commitments, and how we cleave to our principles. Knowing we can instantly access people makes us more likely to prioritise our whims and feelings over their time.

Before mobile phones became ubiquitous, if you made an appointment with a friend a week in advance, you turned up at the agreed time or had to sit at home guiltily knowing your friend was risking their fertility standing under Clery’s clock in the November chill, and that they’d wait a good 40 minutes before giving you up for dead and heading home to call your mother’s landline. Now, the completion rate of social arrangements has taken a savage blow. It’s considered good manners if you text at least an hour before the agreed meeting, with a message like “Have to sack it off, bud. Cold af tonight!”

We value commitments and one another’s time less than we did because we have higher time preferences, and because the convenience of the modern world allows us to. I’ve done it, we’ve all done it. It’s certainly nothing to be proud of, but since breaking plans at the last minute has become standard, it’s ceasing to be something to feel ashamed of.

I read an article recently describing blowing off plans at the last minute as “a valid form of self-care”, and had to close my laptop and go for a walk to settle myself down. What sort of self-care is expressed at the expense of others? Nurturing a self that breaks a promise because it “no longer feels like going” is like nurturing a toddler who insists on a platter of Skittles for dinner. Sure, you’re making it happy in the moment, but someone is going to have to clean up the results. Being kind to ourselves isn’t the same as coddling ourselves. I’ll try to remember that the next Baltic November evening I’m tempted to cancel a commitment.