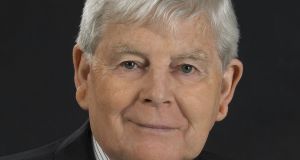 Páid McGee: his commitment to Irish education, and the role of the highly skilled professional teacher, was immense.

Páid McGee, the former director of the Special Education Department in St Patrick’s College, Drumcondra, from 1967 to 2003, played a key role in the development of teacher education and wider policy and practice in the field of special education in Ireland. He was synonymous with the Diploma in Special Education, instigated in 1961, which represented an unprecedented investment by the State in teacher education for pupils with special educational needs. This was a very significant development as hitherto teachers had to seek such training and qualifications abroad. It remained the only such diploma for Irish teachers for almost 40 years.

The development of the Diploma in Special Education and its strong reputation among teachers owed a huge amount to Páid’s leadership. In what was a new field of study in Ireland, Páid pioneered a model of professional development for teachers which had a strong emphasis on the application of theory to practice.

Páid was a passionate believer in, and advocate for, the power of quality teaching and learning in making a difference to the lives of children with special educational needs or who experience educational disadvantage. This belief, rooted in the research literature, informed his life’s work and led to an emphasis on one-to-one critical and formative feedback for teachers on their planning and teaching. This was extremely rare, if not unique, in programmes of professional development for teachers. His commitment to Irish education, and the role of the highly skilled professional teacher, was immense.

Born in Aughnacliffe, Co Longford, Páid graduated from St Patrick’s College as a national teacher in 1957 and subsequently completed a BA, HDip in Ed., and M Psych degree in UCD. He was a founder member of the influential Teachers’ Study Group in 1961. Under the direction of Páid and the late Seán Kelly, they conducted the first survey of reading comprehension in Dublin primary schools. This survey established the baseline data for comparative surveys for the next 20 years. One of the issues on which the Teachers’ Study Group promoted debate was the necessity for curriculum change in Irish schools, which subsequently occurred in 1971 with the publication of the “New Curriculum”.

Páid was also a founding member and president of the Psychological Society of Ireland. He was joint author with Fr Paul Andrews of its policy document A Psychological Service for Schools (1975) and, on behalf of the society, was involved for many years in seeking to have a service established. Eventually, a pilot project for a service was established in 1990 and Páid was appointed the project’s external evaluator. The National Educational Psychological Service (NEPS) was subsequently established as an agency of the Department of Education and Skills.

He was involved in all the major policy developments in the field of special and inclusive education in Ireland in his years as director of special education. Páid played a key role as a member of the Special Education Review Committee (SERC) which reported in 1993 and paved the way for radical changes in policy and practice. Its key principles have been enacted in legislation, including the Education Act 1998 and Education for Persons with Special Educational Needs Act 2004. He was also a member of the dyslexia task force.

In the 1970s, Páid was a founding member of CARE, a campaign for the care of deprived children. An active committee member into the 1980s, he served as part of a multidisciplinary team to raise awareness of the multiple challenges facing deprived children and to devise policy approaches that would integrate the somewhat disparate approaches of the Departments of Justice, Education and Social Welfare.

Páid served as a judge and highly regarded member of the Social and Behavioural Science panel of the annual Young Scientist Exhibition from 1986-2013. For almost all those years he chaired that group, a testament to his leadership skills. Tributes were paid to Páid at this year’s BT Young Scientist and Technology Exhibition.

Páid was “Country Briefings” editor of the European Journal of Special Needs Education, a former joint editor of the Irish Journal of Psychology, and former editorial board member of Oideas, the academic journal of the Department of Education and Skills. He formed many international linkages with the US, UK, Germany, the Netherlands and Sweden in the interests of special education at a time when there were few such contacts between educationalists.

He developed the special education department, which grew from one full-time member to 11 while he was director, introducing many new programmes such as a diploma in learning support, a master’s programme, in-service courses for resource teachers, for teachers of children with autism and children with severe and profound learning disabilities, as well as introducing input on special educational needs at initial teacher education level. He also played a major role in the life of St Patrick’s College and was elected by his colleagues as dean of the joint faculty of education of the college and Dublin City University.

Retirement in 2003 did not mean the end of his commitment to education. He served with his late friend, Dr Tom Kelleghan, on the secretariat of then-minister for Education Noel Dempsey’s initiative, YES – Your Education System – when he travelled the country taking submissions. Subsequently, he was appointed by Mary Hanafin to the inaugural three-person Special Education Appeals Board. This board was established under the Education for Persons with Special Educational Needs Act 2004 (EPSEN) to hear and determine appeals under the Act. He continued a role of active support and mentoring to the Special Education Department in St Patrick’s College until recent years.

Páid was conferred with an honorary doctorate by Dublin City University in 2012 in recognition of his services in the field of special education in Ireland. This also coincided with the 50th anniversary of the Diploma in Special Education, through which his impact was so far reaching.

He was made an honorary life member of the Irish Association of Teachers in Special Education (IATSE), which was formed by a group of teachers from the 1969 Diploma Course in St Patrick’s College. Páid supported and facilitated the association throughout his career.

In 2003 Páid received the Allianz/Scoil Treasa Naofa Annual Award for Services to Education on the Island of Ireland, presented by Stewart Eldon, the British ambassador. His citation read: “Your voice has been strong, clear, visionary and influential in the educational cause of those with special needs. Through your endeavours you have improved the intellectual and social lives of many people with special needs, championed their cause and developed specialised programmes for teachers. The above bears witness to your true legacy as an educationalist.”

Páid is survived by his wife Marie (Raftery), and siblings Ita, Eugene and Evangeline.