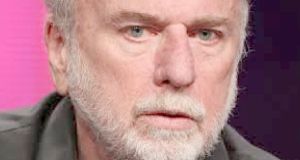 Mike O’Connor, who has died aged 67, was a longtime foreign correspondent who was most recently Mexico representative for the Committee to Protect Journalists (CPJ), a New York-based organisation that seeks to promote press freedom around the world.

He was an outspoken advocate for journalists in Mexico, one of the most dangerous places to work in news media.

According to colleague Ed Vulliamy, he was among the greatest journalists of his generation, a greatness evident in his work for CBS Television on Ronald Reagan’s “dirty wars” in Central America in the 1980s, his vivid radio reports for National Public Radio from Haiti and the Middle East, and his Balkan dispatches in the 1990s for the New York Times.

His investigative reporting in Haiti earned him the Overseas Press Club award. He was, however, too restless and too demanding to stay for very long in any one job in “establishment journalism”.

Mike O’Connor was born in Germany in February 1946, to Jerry and Jess O’Connor. His father was stationed in Germany and was in charge of supervising a camp for displaced people.

As a child, he moved back and forth several times from the US to Mexico, where he learned to speak Spanish. The family flitted constantly across the border as they believed they were on the government’s radar for their closeness with left-wing political groups. At the time, no explanation for the moves was given to the children.

In his 2007 memoir Crisis, Pursued by Disaster, Followed Closely by Catastrophe: A Memoir of Life on the Run, O’Connor related this unconventional upbringing.

He began working for CBS News in 1983. He then covered Central America for National Public Radio and reported from Central America and Yugoslavia for the New York Times. He later returned to NPR, where he reported from Israel and the Palestinian territories. In 2009, he began working for the Committee to Protect Journalists in Mexico, where the group has reported at least 29 journalists killed since 1992.

O’Connor challenged government officials to do more to protect journalists and to prosecute their deaths. He investigated the disappearance and killings of several journalists and pushed the Mexican government to adopt a constitutional amendment which would give it more authority to prosecute crimes committed against news organisations.

In 2009 he wrote a report for the CPJ on killings of journalists in the Mexican city of Ciudad Juárez, where there had been 1,607 murders in the previous year. The press in the city, O’Connor wrote, was not only intimidated by the crime cartels; it was manipulated by them, with gangs timing murders to get live coverage on the evening news.

“They are killing for my newscast,” one TV news director told O’Connor. “Either 10 minutes before or while we are on the air.”

The cartels, O’Connor wrote, “want the people of Ciudad Juárez to be afraid, so they want pictures of cartel enemies dead on live TV”.

On his death, Mexico’s human rights commission said his example would “forever . . . strengthen the fight for rights and liberties in the country”.

He is remembered by Ed Vulliamy as sitting at a press conference or in other polite company “smouldering like an unexploded bomb”, “a truth-seeking missile” who was “allergic to guff, spin, political and corporate gobbledegook”.

He is survived by his wife, Tracy Wilkinson, Mexico bureau chief for the Los Angeles Times, as well as two sons, Sean and Gabriel; two sisters, Mary and Fiona O’Connor; two half-brothers, Terry and Jack O’Connor; and two granddaughters.