My 11-year-old daughter died by suicide. Now I want to help others 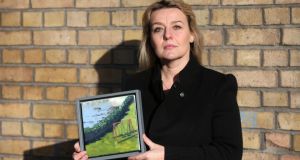 Each week in this space I write about children and the parenting rollercoaster many of us are on. This series is called Are We There Yet? because, just like a family on a long car ride, we’re in this together, muddling and sometimes struggling through the madcap or mundane adventures of family life. There is universal acceptance that this parenting lark is hard. So I don’t mind admitting that I sometimes shout too loudly at my kids or that I find the responsibility of parenthood overwhelming at times.

But these everyday struggles are insignificant compared with what some parents endure. This week I’m thinking of Milly Tuomey. I’m sure many of you remember her name. And if you ever saw it, you’d definitely remember her face and those bright blue eyes staring mischievously from photographs accompanying the sad and shocking story of her death by suicide at the age of 11 in the first days of January 2016.

Had she lived Milly would have celebrated her 15th birthday this Sunday, February 10th.

I met Milly’s mother, Fiona Tuomey, for lunch this week to talk about how she will spend the evening of her daughter’s birthday. It’s no coincidence that the birthday coincides with the official launch of an organisation Fiona has been running for the past two years. It’s called Hugg, which stands for Healing Untold Grief Groups.

The groups are a way for anyone bereaved by suicide to support each other through the worst days and weeks and months and years of their lives. There aren’t many “peer-to-peer” suicide bereavement organisations. Perhaps, understandably, other organisations dealing with bereavement don’t always cater for the loved ones of those who have died by suicide. It’s a different, often more complex, kind of grief.

How it shaped me

While this model of suicide bereavement is still only growing here, we’ve come a long way since my own father, Peter, died by suicide in 1980. I was eight and though I’ll never fully understand exactly how it shaped me, I know his decision to end his life was a defining moment in mine. We didn’t, as a family, talk much about the manner of his death. There seemed to be no time or inclination to sit around asking each other or anybody else how we felt.

Life went on. If anything, I kept quiet about my father’s suicide fearful that saying the word out loud would mark me out as different. Or worse, damaged. In my teens I began to speak about it in a different way, realising the power I had to shock and provoke by stating the cold, hard facts of my father’s death. Neither the keeping quiet nor the defiant blurting out of details was healthy. It took a bit of distance, but I see that now.

We talk about suicide more in Ireland these days. We go on “darkness into light” walks honouring those who died and appreciating the groundbreaking work of Joan Freeman and Pieta House. We are not as fearful of “the S-word” as we used to be. We are more careful and kind in our language. If somebody says a person “committed suicide” some of us will gently remind them that the “committed” part implies that suicide is a sin. But it is not a sin and our loved ones – like my father , and in more recent years dear friends – who died by suicide are not sinners. They never were despite what the Catholic Church claimed.

Fiona is studying for a masters degree in loss and bereavement, determined to gather the statistics and science necessary for what, since Milly’s death, has become her life’s work.

“Scientific evidence supports the fact that peer group support works and Hugg is unique because it’s led by those with a lived experience of suicide,” she says.

For every suicide, it’s estimated that six people, such as close family members and friends, are directly affected by the loss, she notes. Based on the latest suicide figures, that could be several thousand people who experience this form of grief in Ireland each year.

Through her research and her own experience, Fiona has learned that people dealing with suicide bereavement experience more feelings of “abandonment, rejection and shame”. They are not only left with more questions but because it is a more isolating grief, they have fewer social supports. As a suicide prevention campaigner, Fiona is trying to help others in similar situations and, in doing so, hopes to help herself.

“Milly still occupies half of my heart,” she says. “Her joy, spirit and love of life drives my work and every action to make a difference in lives of the suicide bereaved. It doesn’t erase the pain but holds me up in this new life without her.”

This Sunday, Milly’s birthday, Hugg will be launched at an art exhibition and sale at St Andrew’s Resource Centre on Pearse Street, Dublin 2. I’ll be saying a few words and some of Milly’s friends and family will attend the launch of this initiative.

Donating artists include James Hanly, Una Sealy, Stephen Lawlor, Bob Lynn, Jean Bardon, Seamus O’Byrne, Catherine Greene and students and graduates of NCAD. The event is open from 5pm and there is no admission charge. All funds raised from the art will go towards the creation of new Hugg support groups.

“Everyone is welcome on Sunday,” says Fiona. “If I know I’ve helped even 10 people with this, then it will have been worth it.”