Michael Harding: There’s nothing as pleasing as another person’s miseries 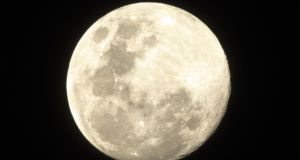 The General has an arse as big as a small moon, and hoisting him up into the cabin of a Renault Master van was tricky. It’s not something a man with an artery stent ought to be doing. Photo: iStock

I took the General for a spin in the campervan after Christmas, which wasn’t easy because he has an arse as big as a small moon, and hoisting him up into the cabin of a Renault Master van was tricky enough. I had to heave with my shoulders and hope he didn’t break wind at the wrong moment.

It’s not something a man like me, with a stent in the left artery, ought to be doing every day of the week. But I got him in, and away we went, towards Mayo, because I wanted to visit the garage where I bought the campervan.

I had been in Cork before Christmas and on my way home the mirror on the driver’s side fell off. It didn’t just fall off, someone tried to rob it during the night and failed to unhinge it, or perhaps they were startled and fled; so the mirror was loose as I drove. But I didn’t realist that until it fell off, crashing on to the roadway just beyond Kilmallock.

That’s why I was heading for Castlebar.

The General wanted to go to Mullingar.

We left in darkness and stopped outside Castlebar for breakfast and the reek began to emerge from the morning mist; it’s clarity heightened by a slanting sun.

“Isn’t that a beautiful day?” I declared.

“We could be in Mullingar by now,” he said, “strolling along the canal.”

“You haven’t walked the canal in years,” I said.

We had full breakfasts at a dining area in the filling station and I could feel a slight tightness in my chest; the certain result of listening to him whinge in the van for over an hour. So I went outside on my own to calm down.

I stood on the apron of the filling station, seized with stress.

“Dear Jesus, help me to relax!” I muttered.

“You’re talking to yourself,” a woman who was filling her jeep with diesel said to me as she passed.

“You’re not well in the head,” she laughed. “Have you been drinking?”

She too was rising my blood pressure, so I fled back inside. The General was finishing his toast and marmalade.

He eyed me over the rim of his spectacles.

“But you can’t get away from yourself, sir!”

In Ara Motors they fixed the mirror and we drove on to Westport for lunch, admiring Croagh Patrick through the mist. In the afternoon we visited the Woollen Mills in Foxford where he bought himself a rug, which he put on his knees in the van on the way home. He he seemed more jolly.

In fact the General had his own share of stress during Christmas. Apparently in late December he dropped his iPhone into a toilet bowl. He was sitting on the throne, as he calls it, and the phone was in his back pocket. He rose to go, and as he turned to manipulate the flushing handle, his beautiful white phone hopped into the bowl with a plop.

“I was as red as a beetroot with rage when I emerged from the gents,” he explained. “I was in the foyer of a Dublin hotel, so I told the receptionist that I’d need to speak with the manager. But she said there was no point. ‘I will alert the plumbers’ she said, ‘but the manager doesn’t need to know the gory details’.”

So enraged was he with his folly that he splashed out on a new phone the following day – for €899. But on Christmas morning his ex-wife happened to call as he was sitting on the loo. He rose abruptly, and as he was reaching for toilet paper, turning to flush the flushing handle, and trying to open the iPhone, all at the same time, the phone slipped out of his hand yet again and straight down into the bowl.

“So what do you think of that?” he asked, as he tidied the Foxford rug around his knees. I laughed, realising my own stress had dissolved. Because humour is a certain cure for all ailments of the heart. And there’s nothing as pleasing or as funny as listening to another person’s miseries.

“Good,” he said, “because perhaps tomorrow you will drive me to Mullingar.”