Mary Oliver obituary: A poet in tune with the dark side of nature 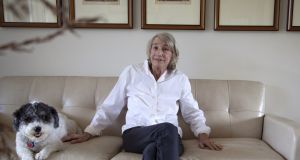 Mary Oliver, a Pulitzer Prize-winning poet whose work, with its plain language and minute attention to the natural world, drew a wide following while dividing critics, died at her home in Hobe Sound, Florida. She was 83.

Her literary executor, Bill Reichblum, confirmed the death. Oliver had been treated for lymphoma, which was first diagnosed in 2015.

A prolific writer with more than 20 volumes of verse to her credit, Oliver received a Pulitzer Prize in 1984 for her collection American Primitive, published by Little, Brown & Co. She won a National Book Award in 1992 for New and Selected Poems, published by Beacon Press.

Oliver, whose work appeared often in the New Yorker and other magazines, was a phenomenon: a poet whose work sold strongly. Her books frequently appeared on the best-seller list of the Poetry Foundation, which uses data from Nielsen BookScan, a service that tracks book sales, putting her on a par with Billy Collins, the former poet laureate of the United States, as one of the best-selling poets in the country.

Her poems, which are built of unadorned language and accessible imagery, have a pedagogical, almost homiletic quality. It was this, combined with their relative brevity, that seemed to endear her work to a broad public, including clerics, who quoted it in their sermons; poetry therapists, who found its uplifting sensibility well-suited to their work; composers, like Ronald Perera and Augusta Read Thomas, who set it to music; and celebrities like Laura Bush and Maria Shriver.

All this, combined with the throngs that turned out for her public readings, conspired to give Oliver, fairly late in life, the aura of a reluctant, bookish rock star.

Throughout her work, Oliver was occupied with intimate observations of flora and fauna, as many of her titles – Mushrooms, Egrets, The Swan, The Rabbit, The Waterfall – attest. Read on one level, these poems are sensualist still lives: often set in and around the woods, marshes and tide pools of Provincetown, Massachusetts, where she lived for more than 40 years, they offer impeccable descriptions of the land and its non-human tenants in a spare, formally conservative, conversational style.

Oliver often described her vocation as the observation of life, and it is clear from her texts that she considered the vocation a quasi-religious one. Her poems – those about nature as well as those on other subjects – are suffused with a pulsating, almost mystical spirituality, as in the work of the American Transcendentalists or poets like William Blake and Gerard Manley Hopkins.

Readers were also drawn to Oliver’s poems by their quality of confiding intimacy; to read one is to accompany her on one of her many walks through the woods or by the shore. Poems often came to her on these walks, and she prepared for this eventuality by secreting pencils in the woods near her home.

Throughout Oliver’s career, critical reception of her work was mixed. Some reviewers were put off by the surface simplicity of her poems and, in later years, by her populist reach. Reviewing her first collection, No Voyage, in the New York Times Book Review in 1965, James Dickey wrote, “She is good, but predictably good,” adding: “She never seems quite to be in her poems, as adroit as some of them are, but is always outside them, putting them together from the available literary elements.”

More recently, David Orr, the poetry columnist for the New York Times Book Review, was even more dismissive. In 2011, he referred to Oliver as a writer “about whose poetry one can only say that no animals appear to have been harmed in the making of it”. (That comment drew a retort from Ruth Franklin of the New Yorker, who wrote in an admiring article about Oliver in 2017, “The joke falls flat, considering how much of Oliver’s work revolves around the violence of the natural world.”)

Oliver’s champions argued that what lay beneath her work’s seemingly unruffled surface was a dark, brooding undertow, which together with the surface constituted a clear-eyed exploration of the individual’s place in the cosmos.

“Her corpus is deceptively elementary,” writer Alice Gregory says in an essay on the website of the Poetry Foundation. “But you miss a lot by allowing the large language to overshadow the more muted connective tissue. Paying such crude attention will not grant you the fortifying effects Oliver has to offer.”

Mary Oliver was born on September 10th, 1935, in Cleveland to Edward and Helen (Vlasak) Oliver, and grew up in Maple Heights, Ohio, a suburb of Cleveland. Her father was a teacher and her mother a secretary at an elementary school.

In one of her rare interviews, with Shriver in O, The Oprah Magazine in 2011, Oliver spoke of having been sexually abused as a child, though she did not elaborate.

“I had a very dysfunctional family, and a very hard childhood,” she told Shriver. “So I made a world out of words. And it was my salvation.”

Leaving home as a teenager – she would study briefly at Ohio State University and Vassar College but took no degree – Oliver spontaneously drove to Steepletop, Edna St Vincent Millay’s former home in Austerlitz, New York, near the Massachusetts border. Oliver lived at Steepletop for the next half-dozen years, helping Millay’s sister Norma organise her papers.

In the late 1950s, on a return visit to Steepletop, Oliver met Molly Malone Cook, a photographer, who became her life partner and literary agent. Cook died in 2005. No immediate family members survive.

Irish conductor the first woman to lead orchestra at Oscars
8

Meet Choupette, the cat with a bodyguard, a doctor and a chef
9