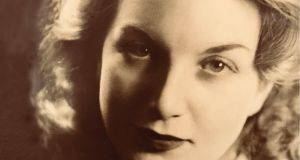 The death of Margaret D’Arcy at the age of 100 has brought the curtain down on a generation of actors who defined theatre in Northern Ireland as it strove to forge a distinctive identity in the decade after the second World War.

In later, changed and challenging circumstances, she was seen in many era-defining plays examining the brute realities of the Troubles at their violent height.

Born in south Belfast, the seventh of eight children (all of whom pre-deceased her) to John and Mary D’Arcy, she trained at the Acton-Bond School of Drama and Euchorics in London and came to early prominence as a member of the Ulster Group Theatre. It aimed to inject modernity and professionalism into a theatrical environment dominated by amateur companies.

D’Arcy caught early attention as Mary McCracken in Jack Loudan’s Henry Joy McCracken in 1945 and went on to play a formative role in the company, appearing in first productions of several significant Northern Irish plays, including Michael J Murphy’s Dust Under Our Feet (1953), Joseph Tomelty’s Is the Priest at Home? (1954) and the poet Louis MacNeice’s theatre debut, the eve-of-war drama Traitors in Our Way (1957).

Tomelty’s daughter, the actor Roma Tomelty, remembers her as a prickly character: “Seniority gave her status and she could be quite difficult, but she had a wicked sense of humour and although a very private person, when you got her talking about the old days it was fascinating.”

The group dissolved in 1959 when it cancelled Sam Thompson’s Over the Bridge – an unblinking view of sectarianism in Belfast’s shipyards – but D’Arcy’s association with it remained controversial.

In 1983 her long-running affair with theatre group member Harold Goldblatt – who had a successful career in film and on TV– came to light when a court case contesting his will was brought by his son. D’Arcy had started an affair with Goldblatt 40 years previously and was the main beneficary of his will.

D’Arcy was seen in London’s West End in The Tenth Man, directed by Tyrone Guthrie, in 1961, and made her mark on the small screen in 1965 in Thompson’s Cemented with Love, a caustic satire on bigotry and political corruption during a parliamentary byelection in a fictional Northern Irish town.

Returning home, she ventured South in 1969 to be reunited with Guthrie for a revival of Macook’s Corner by George Shiels at the Abbey Theatre. Later Dublin appearances included Jennifer’s Vacation by teacher turned political activist and co-founder of Northern Ireland’s Alliance Party, Robin Glendinning, at the Gate Theatre in 1981.

In 1976 she joined the Lyric Players Theatre in Belfast to play Trilbe Costello in Brian Friel’s The Loves of Cass Maguire alongside a young Liam Neeson. Her stature grew over the next decade in one accomplished performance after another, all marked by characteristically vivid but nuanced directness, notably in John Boyd’s dissection of Protestant family life in 1930s east Belfast, The Street (1977), as Lady Bracknell in Oscar Wilde’s The Importance of Being Earnest (1981) and in Glendinning’s Chekhov-accented Culture Vultures in 1982.

The same year she was seen in Graham Reid’s west Belfast-set The Hidden Curriculum at the Lyric and Abbey theatres, following it on to television in 1984. In between, she was memorable as a testy fortune teller in Christina Reid’s Tea in a China Cup at the Lyric, a revealing, time-shifting portrait of three generations of Protestant women around the Twelfth of July celebrations.

Aged 71, in 1989 she proved a formidable bedridden matriarch in Friel’s Lovers for Druid Theatre and returned to the Lyric for the premiere of Reid’s In Remembrance in 1991, collaborating with the playwright again five years later for his BBC television drama The Precious Blood.

A long radio career began with the BBC Home Service in 1949 and ended, in the second half of the 1990s for Radio 4, as the indiscrete telephone exchange operator Muriel alongside Stella McCusker’s gossipy co-worker Vera in several series of Christopher Fitz-Simon’s whimsical comedy Ballylenon. When the series was revived in 2010, she discharged herself from hospital to reprise the role.

Her swansong was a sprightly cameo as Madame Tooney in the star-laden 2002 film adaptation of Spike Milligan’s zany satire on partition, Puckoon.

She spent her later years in a care home in Limavady, Co Derry, where she celebrated her centenary in May this year. Alert to the end, she admonished an hospital consultant’s recent query of whether she “used to be” an actress with the stern response “I still am!”