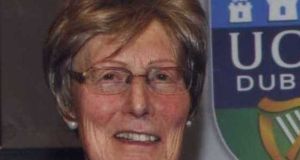 Judith Chavasse: led the development of the art and science of nursing toward the recognition of the profession as an academic discipline in Ireland

Judith Chavasse was born on August 15th, 1933: she spent her first years in west Cork, where her father was a Church of Ireland rector. Later, the family moved to Oxfordshire, though with regular holidays back in west Cork and Connemara, Judith kept strong ties with Ireland.

Following her nurse training at St Thomas’s in London, Judith returned to Ireland, where she became a great advocate for, and leader of, nursing. As head of nursing in University College Dublin, her achievements were many; principally she led the development of the art and science of nursing toward the recognition of the profession as an academic discipline in Ireland. From early diploma and degree programmes for post-registration nurses to the establishment of undergraduate degree programmes and later master’s programmes for nursing and midwifery and later again doctoral programmes, Judith sowed the seeds and provided inspiration to those who worked with her and succeeded her following her retirement. She was awarded an honorary doctorate by Trinity College Dublin.

Judith was both a visionary and a great thinker: she never lost sight of the primary essence of nursing – caring for another. Out of that particular, the essence of nursing will be continually renewed by those who experienced her teaching and encouragement; for caring and practice are not static encounters, rather they continue through generations and are remembered and enhanced along the way.

Following her retirement in 1996, Judith moved to Balbriggan in Dublin, where she joined the congregation of St George’s Church. Today, the very fabric of the church owes much to her efforts in securing heritage grants toward its restoration. Judith’s involvement and connection to the community of St George’s involved a practical, deep Christian faith of shared worship, Bible study, reflection and prayer.

Through her participation in Christian Aid, Judith enabled the financial rewards of her community fundraising endeavours to provide for a programme of education and training of health workers in Nigeria. It is no coincidence that this was her focus; Judith never lost sight of the importance of knowledgeable and skilled health practitioners.

Judith’s final years were a fusion of healthcare events and enjoying family and friends. She enjoyed her visits to west Waterford and would take particular delight when all three generations of her family were around. Her family, her friends and those of us who experienced her collegiality and leadership in nursing lament her passing on June 19th.

Her late distinguished presence in this world will continue to inspire all who knew her. Judith is survived by her sister Gabrielle and her niece Sarah.