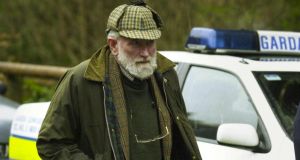 John Harbison, who has died aged 84, was the State’s first forensic state pathologist. His long service in that position, from 1974 until his retirement in 2003, brought him necessarily into the public eye where his distinctive appearance – bushy beard, commodious tweed suits and deerstalker hats made him a familiar figure to viewers of television news.

Much rarer, however, were appearances before the microphone. Apart from two occasions on The Late Late Show – the first of which, in the 1980s, was on a programme segment devoted to wine-tasting, a long-time hobby of his – and a documentary in 1997, which he authorised but did not initiate, he shunned media interviews, even after his retirement, resiling from writing memoirs.

The reason for this reticence was deeply personal, as his daughter, Isobel, revealed:

“My father had an incredibly strong sense of medical ethics. For him this meant not speaking to the press about individual cases. He understood the pain associated with the speaking of names of victims and did not want to participate in perpetuating that … Fundamentally, he was impartial, a scientific man who wanted to do his best to provide the evidence that the courts needed to decide justice.”

Thus hidden from the public gaze was the significance of his work as the foremost Irish pathologist of his generation, one who arguably brought public forensic medicine from a poverty of resources to its contemporary position as a fully functioning part of the work of the State.

It involved a very real struggle, with Harbison making repeated, and usually vain, attempts to obtain more resources from government for his task, which involved operating out of a small, cramped office at Trinity College Dublin on his own, without a consistent cadre of qualified pathologists on whom to call to assist him until very late in his tenure of office.

All the while, his workload, during a long period of increasing terrorist activity in Ireland and several high-profile cases of murder and suspicious deaths, sustained a steep upward curve from the time of his appointment.

These included the Stardust disco disaster of February 1981, when 48 young people died on St Valentine’s Day; the Kerry babies case of 1984-1985, when Harbison’s evidence at the subsequent tribunal was at variance with the findings of its chairman, Mr Justice Kevin Lynch; the murder of more than 300 passengers and crew of an Air India plane off the coast of Co Cork in 1985 when a bomb exploded on board; the notorious double murders by Malcolm MacArthur in 1982; and, perhaps most importantly in terms of its implications for government attitudes to his work, the murder of Sophie Toscan du Plantier in December 1996.

Tellingly, earlier that year Harbison had complained in a report to the then minister for justice, Nora Owen, that “my department is understaffed and overwhelmed with work … I am battle-weary”, and that the refusal of the government to continue with the services of his assistant, Dr Margaret Bolster, who covered the south of the country in Harbison’s absence, was “highly undesirable.”

Toscan du Plantier’s murder came to light on the morning of December 23rd that year, which happened to be Dr Harbison’s birthday. He arrived at the scene the following day, having driven from Dublin; no government had ever supplied him with a driver. The delay in examining Ms Toscan du Plantier’s remains was much criticised, but was put into context just two months later, in February 1997, when Harbison drove to Tralee, Co Kerry, on the same day as the discovery of the body of a youth, James Healy (16), who had been battered to death in a field near the town.

As with the Toscan du Plantier case, there was criticism both in the media and the Oireachtas of perceived delays in attendance at the crime scene. The two cases, taken together, were a turning point for government policy, forcing it at last to take seriously concerns over the need for adequate resources at the Office of the State Pathologist.

John Harbison came from a medical and academic background. His father, Austin, was the Dublin city and county medical officer of health, who had played a central role with minister for heath Dr Noel Browne, in devising a strategy to deal with the tuberculosis epidemic of the late 1940s. His mother, Sheelagh, was a tutor in medieval history at Trinity College Dublin.

He was educated by the Dominican nuns at Santa Sabina convent in Sutton, Co Dublin, and at St Gerard’s School, Bray, before winning a scholarship to the Jesuit Stonyhurst College in Lancashire, which he hated, being bullied for being an Irish “bogman” and for refusing to swear allegiance to King George VI. It was an experience, as his daughter told his funeral service at Glasnevin, that gave him a strong sense of his Irish and later European identity. A fluent French and German speaker, in adult life he always drove Citroëns, because they were made in his beloved France, which he regularly visited to replenish his wine cellar.

Harbison’s work was widely regarded abroad; he served a term as president of the British Association in Forensic Medicine in 1997-1999, and hosted its annual meeting in Dublin on three occasions.

Apart from wine, his interests included cruising, sailing out of the Howth Yacht Club (he was also a member of the Irish Cruising Club). He once circumnavigated Ireland with his family and their two dogs in a 24ft boat. He also loved classical music.

John Harbison is survived by his widow, Kathleen Kerrison, a native of Ennis, Co Clare; their twin children, Isobel and Austin; and his brother, the archaeologist Peter.