The game now consumes millions of people all over the world, including 200,000 in Ireland 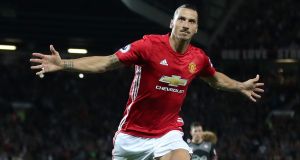 Standing on Dollymount Strand on a gorgeously warm end-of-summer Saturday afternoon I get a text message from a colleague which drains the colour from my face.

The news is both unexpected and cataclysmic and, at first, I think it is a cruel joke. I stop in my tracks, sand swirling around my feet, and immediately go online to see if what I have been told is the fake news I hope it is.

It isn’t. It is just a cruel twist of fate. Chelsea have conceded three goals against Burnley in the first half of the first game of the English Premier League football season.

Now, I don’t support Chelsea. In fact, if anything, I loathe Chelsea and all their Russian oligarch’s money. But the spine of my fantasy football team is made up of players from the London team this week, because they are at home to Burnley and Burnley are, you know, kind of rubbish. Or so I thought.

In fact my whole season is perilously close to being ruined. Only one of the 38 -game weeks has been completed and already I am 71 points adrift of the leaders. Another season of mid-table mediocrity beckons for the never brilliant Pope Tarts.

Welcome to the world of Fantasy Football, a game which consumes millions of people all over the world including more than 200,000 people in this part of it.

The rules are simple. You register and, with a budget of £100m, pick a team of 15 players from across the 20 clubs in the English premiership. You then pick 11 of the 15 to “play” when Saturday comes. The chosen 11 will earn points if they score goals, help team-mates score goals, stop other teams scoring goals or turn in sterling performances. They will lose points if they concede goals, get sent off or get booked or miss penalties.

Each week you can make one free transfer. If you transfer a second player you lose four points. Unless you play one of the two wildcards you get each season. The price of players fluctuates from week to week depending on how good or bad they are although big name players with big name clubs generally cost the most.

On many, many levels fantasy football is ridiculous and something grown adults should not be remotely (or, let’s be honest here –obsessively) interested in. It is certainly not something that should ruin a pleasant walk on a beach on a sunny afternoon.

But it can, And that is because the appeal of the game – which has been running in various forms in the mainstream since the mid 1990s – is two-fold. It gives casual football supporters a reason to care about games that they might otherwise not give a rashers about. Hull playing Swansea on a rainy Sunday in November is of limited appeal for anyone living outside of Hull or Swansea unless they happen to have a couple of players from each team in their fantasy football squad in which case it becomes hugely important.

And then there are the leagues – among friends, work colleagues, countries and the world. Do well one week and you can leapfrog colleagues in a work league and lord it over them in a manner which is not remotely pathetic for a full seven days. Do badly and you will find shame heaped upon you shoulders.

It is hard to imagine Alan Turing, the father of artificial intelligence, conceiving a world in which the researchers following in his footsteps would ever turn to football to make machines smarter but that is what has started happening in recent years.

While fantasy football is either harmless escapism or a weird and irritating obsession – depending on where you are sitting on the Pope family sofa – it is also proving to be more than just a game and scientists have taken to using it to enhance machine learning.

Computer scientists at the University of Southampton have challenged fantasy football fans to beat an artificial intelligence tool they have developed. The odds are in the scientists favour and their know-it-all algorithm has been better at predicting match results than BBC football commentator Mark Lawrenson for the last two seasons .

This year they want to see if the code, christened Squadguru, can beat a wider audience.

“We’ve compared the performance of our AI against the performance of three million human players over two seasons and shown that we are able to outperform 99 per cent of these players,” Dr Sarvapali (Gopal) Ramchurn, an associate professor at University of Southampton’s electronics and computer science department, recently told the BBC.

One man Squadguru has not outperformed is Ben Crabtree, the English “player” who finished ahead of 4.5 million others in the global fantasy football league last year.

Calling it “probably my greatest achievement in sport” Crabtree has outlined what it takes to be number one in a world of fantasy.

“If I’ve got a player in my team or someone I’m looking at, it’s good to watch them live,” he said at the end of last season. He pores over stats and watches endless hours of football before making decisions, decisions he then frets about endlessly.

Galway-born, Dublin-based Aoife Somers doesn’t take it as seriously as Crabtree but she still admits it can be pretty all-consuming.

“I’ve been playing it for almost 15 years,” she says. “ I used to work in a bank and we had this internal database that we used to play fantasy football. In the first year we did it, I put two teams in and I came first and second.”

Last year, in the official game, she struggled.

“I got caught on the hop too many times and then started to panic. It is hard to play catch-up.”

She is acutely aware her gender is grossly underrepresented on the fantasy platform – just two of the top 100 players in Ireland after the first game week were women and only two of the 40 in The Irish Times internal league are women.

“I don’t know why so few of us play the game,” she says. “I was on to my friends to take part but they all say: ‘Oh no, that is so boring’. I work in a predominantly female environment and I tried to get a league going and they were like ‘absolutely no way’.”

One person she probably should never invite to join any league of her own is Darragh Harkin – he is too good.The Sligo man finished 247th out of more than 4.5 million players worldwide last season and well inside the top 20 in Ireland. “The secret was the baby,” he begins unexpectedly.

“We had our first recently and every Saturday last season he liked to take a nap at around 10am. That gave me an hour to think about my team before the weekend deadline. I started doing well early on in the season and decided to really focus on it.”

He says the appeal of fantasy football is that it makes all games “a little bit more interesting”.

“I am a Manchester United supporter and watching them has been very tough in recent seasons. But with fantasy football if I have two or three players in any game, it makes it better to watch.”

And do his loyalties now rest with his fantasy team or the team he has supported all his life?

“I don’t know. I mean if a player on my fantasy team scored against Man Utd last season sometimes I was a bit happy although I kept it quiet. And I was only happy when they were out of the running to win anything. United are first and foremost my team,” he insists.

But even as he says the words it is easy to detect a note of doubt in his tone.