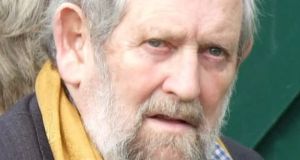 David Gilliland, who has died aged 86, led a life of notable success. He became an eminent lawyer, serving as high sheriff of Derry in 1973-1974, but his main legacy to posterity will undoubtedly be his work as a dendrologist of international repute. Although never educated as a botanist, he became one of the world’s best-known experts on trees, serving as vice-president for Ireland of the International Dendrology Society from 2008 to 2013, having previously served on its council from 1966 until 1974.

Gilliland inherited the 500-acre Brook Hall estate outside Derry in 1957 from a relative, Frank Gilliland, who as well as being a commander in the Royal Navy, had been a noted plantsman. Frank created an arboretum at Brook Hall in 1932, which he stocked with rare trees from around the world. The younger Gilliland vigorously continued this work, going as far as Patagonia, among many other remote regions of the world, in his search for additions to an ever-expanding collection.

With others, Gilliland set up the Northern Irish Heritage Gardens Committee (now Trust) in the early 1980s, and became its long-serving chairman in 1991, until 2013.

Gilliland’s collection of unusual species at Brook Hall was evidence not only of his passion for plants but his interest in seeing what would grow in the damp maritime climate of the northwest.

His involvement in the society, especially when he became vice-president for Ireland, greatly raised awareness of Irish heritage gardens and arboreta, their outstanding plant collections and history.

Gilliland cultivated friends as well as trees. His decision to appoint committee members from the south of Ireland to the Northern Irish Heritage Gardens Trust, along with holding ITS conferences in the Republic, encouraged many new friendships .

He was happy among people who loved trees and shrubs and delighted in their company. He had a keen eye and was an excellent photographer who had a substantial collection on many subjects stockpiled in his inner sanctum, his study, which was also filled with serious journals and books on trees, shrubs and gardens

Gilliland was also well known in Ireland for being the husband of Jennifer Johnston, the famous novelist and playwright. This was his second marriage, as he had previously been married to Patricia Wilson, herself a keen gardener, and with whom he had had five children.

His background was somewhat colourful: his father, William (Willie) Gilliland, a major in the British army during the first World War, later worked as a colonial officer in the then Gold Coast colony in west Africa – now Ghana – before retiring to live with his wife, Nancy Jervois, in Kildrum , Co Donegal, where David was brought up.

Their son was sent to England for his secondary education, to Wrekin College in Shropshire, and then to Trinity College Dublin, where he read law. He qualified as a solicitor in 1955, going to work thereafter with the practice of Caldwell & Robinson on Castle Street, Derry. His period as high sheriff of Derry coincided with the election – following the electoral reform that brought to an end the city’s notorious gerrymandering in favour of the unionists – of its first nationalist mayor, a development his stepson, Patrick Smyth, European Editor of The Irish Times, described as something Gilliland, “although from a unionist background, was very comfortable with”.

Apart from his dendrological work and his legal practice, Gilliland also played a significant role in media in Northern Ireland, serving for a period as a governor of Ulster Television, and its representative also on the Independent Television Authority in the UK.