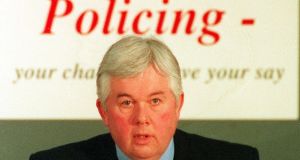 David Cook, a founding member of Northern Ireland’s Alliance Party and the first non-unionist lord mayor of Belfast since partition, has died. Cook, who has been described as a beacon of liberalism in dark times and a trailblazer for equality, respect and fairness, was elected into Belfast City Council in 1973 and represented Belfast South until 1985. He took great pride in his role as lord mayor of Belfast from 1978 to 1979. With his Lurgan-born wife, Fionnuala, serving as the first-ever Catholic lady mayoress of Belfast, the couple were renowned for their inclusive, tolerant and generous approach at a time when sectarianism was fuelling bitterness, division, violence and death in Northern Ireland.

When the British and Irish governments signed the Anglo-Irish Agreement in 1985, many councils in Northern Ireland – including Belfast City Council – refused to carry out their statutory duties in protest. Cook took personal court proceedings against Belfast City Council and other councils to ensure they did perform their duties, winning a High Court case on the issue. He was later given costs in the Court of Appeal. Colleagues and friends cite this as an example of Cook’s moral courage even in the face of intimidation and threats.

In 1994, he accepted the offer of the chairmanship of the Police Authority of Northern Ireland, which was regarded by many as a poisoned chalice. So it proved to be, as Cook’s calls to reform the Royal Ulster Constabulary to make it more acceptable across all communities in Northern Ireland resulted in a split in the authority, and he and his friend and colleague Chris Ryder were both sacked from their roles in 1996. His judgment was later vindicated by the police reforms implemented under Lord Chris Patten a few years later as part of the Belfast Agreement.

Born in Leicester, England, as the only son of Francis John Granville Cook and Jocelyn McKay, Cook moved to Northern Ireland with his parents and two sisters at the age of 10 when his father was appointed headmaster of Campbell College.

Following his A levels at Campbell College, he studied law at Pembroke College in Cambridge, where he was an enthusiastic rower and made lifelong friendships. He returned to Belfast and joined the solicitors firm Sheldon and Stewart, where he rose to senior partner.

However, politics was his passion and his home in Cromwell Road, south Belfast, doubled as the Alliance Party headquarters in the early 1970s. Thoughtful, polite and charismatic at a time when politics in Northern Ireland was often abusive, Cook had a vision for Belfast and Northern Ireland in the European context. He believed very strongly that the middle ground in Northern Ireland must have a political voice during the worst period of the Troubles in the 1970s and 1980s.

He ran for election as an MP in 1974 and 1982 and as an MEP in 1984, but didn’t succeed. He was, however, a member of the Northern Ireland Assembly that operated from 1982 to 1986 in an attempt to restore devolved power in Northern Ireland. Cook was also deputy leader of the Alliance Party from 1980 to 1984. Former Alliance Party leader, and friend, John Cushnahan described him as a “very skilled and courageous politician”.

Cook met his wife to be, Fionnuala Deeny, when acting as her solicitor following a minor car accident. The couple married in 1972 and made their home in the university district of south Belfast.

From 1986 onwards, Cook returned to practising law, specialising in probate and conveyancing. He was also an active and much-appreciated chairman of the Northern Ireland Voluntary Trust, which is now the Community Foundation for Northern Ireland, for some 25 years. That organisation raised funds to support the voluntary and community sector in Northern Ireland. He also served as chairman of the Craigavon and Banbridge community health and social care trust.

In 1985, his family moved to live in a fine Georgian house in the village of Tullylish, Co Down, where they continued to live until 2000. When their children were grown up, David and Fionnuala downsized to the village of Loughbrickland near Banbridge.

A great historian and a jovial companion, Cook was known as a warm and generous host. He was an avid reader and enjoyed countryside pursuits, including hunting with the West Down Beagles. He also spent many happy holidays in the family’s holiday home in Portnablagh on the northwest coast of Co Donegal. Cook suffered a stroke two years ago, and he died in September after a short illness following a diagnosis of Covid-19.

David Sommerville Cook is survived by his wife Fionnuala, his daughter Barbary, sons John, Patrick, Julius and Dominic, his granddaughters Romy and Imogen and his sisters Alison and Nora.