My divorce: ‘I won't marry again, ever’ 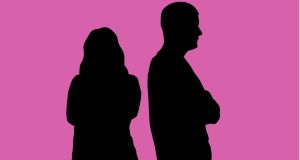 Joanne: “A year ago I finally put my foot down, consulted a solicitor and issued him with a solicitor’s letter declaring that I want a legal separation.”

Joanne is separated but living under the same roof as her soon to be ex-husband. She’s a mother-of-two with a busy career.

“Three separate courses of marriage counselling didn’t save our marriage, even though I gave it all I had. I’ve been trying to get out of the marriage for four years and I haven’t been able to. He believes marriage is for life and says it’s his house and they’re his children, and he won’t leave.

“A year ago I finally put my foot down, consulted a solicitor and issued him with a solicitor’s letter declaring that I want a legal separation. He agreed to mediation, but he still refused to leave the marital bedroom, much less sell the house. I sleep in a spare bedroom and I hope, with his eventual legal agreement, to sell the house and go our separate ways.

“We rarely argue, and when we do, never in front of the children. When I told them about the impending legal separation they weren’t overly shocked. My son has been upset, but now he wants a resolution.

“After three more years of legal separation, we will qualify for divorce but for me divorce is unnecessary. I won’t marry again, ever.”

In conversation with Kate Holmquist. Joanne’s name has been changed

Alison Curtis: My guilt at not going for a second pregnancy
6