Can you buy a car and still keep your middle-class conscience clean?

Is it possible to dodge the diesel debacle, and the environmental excuses, and buy a big hunk of mobile metal? 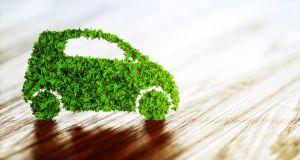 Ultimately, buying a car with ethics in mind comes down to one thing – you

It may surprise you to know that I have a friend who is not one little bit interested in cars. In fact, I’d go further than that – he actively hates cars, and constantly rails against them in our regular chats.

He fulminates about congestion, noise pollution, air pollution, the way drivers are aggressive toward cyclists and pedestrians. He will only drive his own car, a compact and fairly frugal Renault, under the conditions of the strictest protest, enforced by the twin demands of living in a city with limited public transport, and of having two socially active pre-teen kids.

With both Cadbury’s and Green & Blacks chocolates dropping out of the Fairtrade system (for reasons either justified or not, depending upon to whom it is you’re listening), it got me wondering as to whether there is such a thing as an ethical car? Can you buy a big hunk of mobile metal and still keep your middle-class, Guardianista conscience clean? Is it possible to mix petrol-headery with concern for your fellow humans?

Volvo thinks it is. The Swedish car-maker has been hitting the headlines of late, beating its German competition to the punch when it came to promising to make only cars with some form of electric propulsion, both hybrid and fully-battery powered, from 2019 onwards. Volvos use a lot of home-grown Swedish steel in their construction, thus reducing the carbon footprint of their manufacture, and of course they’re made in the very heart of European social democracy. Buying a Volvo must surely be, as much as it’s possible for any car purchase to be ethical, right?

Patricia Greene, head of communications at Volvo Car Ireland told The Irish Times: “ We have three core values: safety, quality and care for the environment, which translates through to every aspect of how Volvo Cars, as an organisation, conducts itself. Responsible business is a fundamental part of Volvo Cars’ heritage. Our recent electrification announcement supports our strategic sustainability programme that places sustainability at the centre of our business operations. The commitment has been christened “omtanke”, a Swedish word that means “consideration”. As further part of our commitment, Volvo Cars will impose climate neutral operations by 2025, have 35 per cent of its leading positions held by women by 2020 and move further towards our vision that by 2020 no one will be killed or seriously injured in a new Volvo.”

Sounds good. So Volvo it is, if you want an ethical car.

Hang on, though, there are others. Toyota, for instance, has been plugging away at hybrids since 1997, and has sold more than 10-million of them around the world. The Japanese giant had the biggest “I told you so” moment ever when the Volkswagen diesel scandal broke, and it showed that the petrol-electric route was far better for local air quality than diesel.

As former boss of Toyota Ireland, Dave Shannon, once put it to me “we might save the Earth by using diesels to lower carbon dioxide emissions, but we’ll all be too dead from breathing in fumes to enjoy it”. The hybrid effect seems to be growing, and currently 34 per cent of Toyota’s Irish sales are now hybrid models. There’s an interesting side to this too, albeit one more anecdotal than anything else; Toyota’s dealers report that a large proportion of first-time hybrid buyers are also first-time grandparents. It seems that the arrival of a third generation gets people thinking about what kind of world they’re leaving behind.

It’s just not that simple though. If all it took to be an ethical motorists were buying a Volvo or a Toyota or Lexus hybrid, then we could all sleep soundly at night and the Swedish and Japanese economies would be the most powerful on the planet. There are other things to consider.

According to Eoin Bannon of Transport & Environment, a pan-European think-tank and pressure group on environmental matters, “you’d have to look at social as well as environmental impact. So, as well as emissions, you would need to assess the working conditions of those who made it, and the environmental impact of the manufacturing process. We’re well aware of the concerns being raised about mining the lithium and cobalt for car batteries – it extends to phones and computers too. But one thing that shouldn’t be forgotten: even if the aforementioned concerns are addressed, car use still causes congestion and noise, which have an impact on our lives too. So buying a ‘fair car’ is not the only side to the story. The number of vehicles on our roads would still be the same.”

Author, futurologist and technology expert Don Norman is one of those who often bridges the gap between the world of Silicon Valley and its supposedly hippy-like corporate cultures, and the automotive world. He told The Irish Times that it’s also not as simple as assuming that car makers are venal and voracious. “There are lots of experiments, but you have to remember that an electric car is not automatically better for the environment; it depends on where the electricity comes from. In the US, for example, you don’t know where your electricity comes from. If it’s coming from a coal-fired plant well that’s worse for the environment. The whole grid is interconnected. So it’s not as simple as just saying that electric cars are beneficial.”

Ultimately, buying a car with ethics in mind comes down to one thing; you. It’s up to you to decide just how ethical it is to buy and use a car, based on how much you need it, how and where you use it, and how easily or otherwise you can live with or without it. If we all stopped buying cars in the morning, climate change might be arrested and congestion eliminated, but millions would be instantaneously out of work and global communication would cease. Somewhere between those two extremes lies your own personal truth of just how important your journey is. Maybe my friend is right, after al . . .