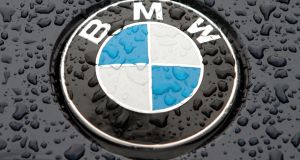 BMW Group Ireland has announced that its full BMW and Mini range are now compliant with the new WLTP regulations for fuel economy and emissions. The new regulations, based on the World harmonised Light duty vehicle Test Procedure (WLTP) have caused more than a little havoc in the motor industry, with many car makers either delaying sales of key models, or even dropping them from sale altogether.

BMW has actually culled a couple of models - the current 330e plugin hybrid and M3 sports saloon have not been re-tested, because according to a spokesperson “it just wouldn’t have made financial sense to do so, as we have new versions of those models arriving soon.” BMW also says that from now on all of its petrol-engined vehicles will be equipped with exhaust particulate traps, to filter out carcinogenic soot from the engine - direct injection petrol engines have been shown, in some circumstances, to be as bad for emitting this soot as some diesel engines. The company also says that some 190 of its models are already compliant with the Euro6D-Temp emissions regulations, which come into force in September 2019, and which include an element of real-world driving, as opposed to laboratory testing, in the programme.

Paulo Alves, managing director at BMW Group Ireland told The Irish Times that : “Customers can have confidence that the full range of BMW Group vehicles is compliant with the new testing requirements and offers a more compelling value proposition than ever when compared with alternative brands. Buyers can also be sure that the figures supplied for all our vehicles are future-proof providing certainty in terms of future cost.”

Which is the whole point of WLTP in the first place - it has been designed to replace the old NEDC (New European Driving Cycle) economy and emissions test, which had become all-but entirely discredited in the years following Volkswagen’s revelations that it had been cheating on its test to achieve lower figures. In particular, legislators and campaigners had been worried for some time about the growing gaps between the fuel economy figures claimed in the official tests, and what drivers were actually experiencing on the roads.

According to environmental pressure group and think-tank Transport & Environment (T&E): “The gap between test results and real world performance has become a chasm, increasing from 8 per cent in 2001 to 31 per cent in 2013 for private motorists and without action is likely to continue to grow to over 50 per cent by 2020. On average, only half of the improvement in emissions claimed in tests has been delivered on the road. Distorted test results deceive drivers who achieve much poorer fuel economy than is promised in glossy marketing, costing a typical motorist around €500 every year in additional fuel compared to official test results. The more money drivers spend on fuel the less is available to buy other goods and services, reducing growth and employment.”

Getting cars through the new tests has proved problematic, to say the very least, for some car makers though. Porsche has had to come out and specifically deny reports in the German press that it’s having to stall its European car sales because it’s not ready for the new emissions regulations. The speculation was that Porsche may have to suspend sales in Europe of many of its key models, possibly a significant chunk of them, because it’s having trouble meeting new WLTP emissions regulations. Now, though, the company’s chief executive has said that while the new regulations are creating difficulties, no-one is stopping the sales of cars. “The EU deadlines for WLTP certification, which were brought forward at short notice by a year, are putting us under immense pressure. Our preparations have already been in full swing for more than a year, and we are making good progress”, said Oliver Blume. “Due to a considerable shortage in the availability of test benches, which is affecting all manufacturers, this is currently a huge challenge. We need to prioritise. Nevertheless, we are in favour of more realistic emissions determination.”

Ford Ireland also confirmed that some versions of the new Focus would not be coming to Ireland because the WLTP figures would push their emissions too high, making them uncompetitive from a tax point of view.

The concern now is that car makers are already beginning to ‘game’ the new WLTP tests, but possibly not in the way that you’re thinking. According to T&E the car industry is now actually inflating its Co2 and fuel economy results, which could reduce the stringency of its 2025 Co2 targets by more than half.

The EU has set carmakers a target of 95g/km of Co2 for 2021. In its 2017 proposal for 2025 standards the Commission decided not to propose a new grams-based target but instead to require a 15 per cent cut compared to carmakers’ emissions, based on the 2021 figure, which will be measured in the new WLTP emissions test. As a result carmakers can weaken the stringency of their 2025 Co2 targets by inflating results in the WLTP, but still meet the current 2020/21 standards which are based on the old NEDC test.

William Todts, executive director at T&E, said: “After Dieselgate carmakers promised to change and that new tests were the solution. Now it’s clear they’re using these new tests to undermine the already weak Co2 standards. They want to meet these with minimal effort so they can keep selling diesels and delay the shift to electric cars. It’s a sad reminder the car industry wants to stay in the past and cannot be trusted.”