Have we just seen the peak of the classic car market?

Is a €70 million Ferrari the point where old car prices start to plummet? 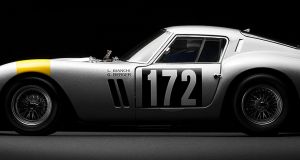 This famous Ferrari 250 GTO has, apparently, recently been sold privately for as much as €70 million (€60 million).

A little anecdote, before we get going. Some 21 years ago, just starting my career as a motoring writer, I was dispatched to a car dealer in London to collect a 1965 Mercedes-Benz 230 SL “Pagoda Roof” for a photo shoot. Upon arrival, the manager handed over the keys, showed me where the various buttons were, and then told me “I could let you keep this for £10,000. . . ”

Classic cars have been seen as a safe bet for your money for at least the past decade. Investment houses and financial publications alike have all been singing from the same hymn sheet – if you’re putting your money into nice things (art, wine, historical artefacts) then make sure there’s an old Porsche of Ferrari with some serious history behind it in your portfolio too.

We may just be seeing the end of that, though, and the peak could well have been a famous Ferrari 250 GTO which has, apparently, recently been sold privately for as much as €70 million (€60 million).

This silver 1963 Ferrari 250 GTO is a hugely well-known car in classic circles, and the GTO in general is reckoned to be at any one time the most valuable of all cars. However, Serial Number 4153GT could have just broken right through the accepted ceiling for such cars, with a reputed price paid of €59.3 million, or $70 million. The question mark over the price is due to the fact the car was a private sale.

This price blows all of that out of the water, though, and it has been paid by David MacNeil, the chief executive of US company WeatherTech, which makes car accessories such as floor mats and mud flaps. Not coincidentally, WeatherTech also sponsors the US IMSA sports car championship, and MacNeil is known to be a collector who likes to get his cars out and about, rather than locking them away in a museum or garage.

UK-based DK Engineering previously restored the car, and its managing director James Cottingham said: “This is without doubt one of the best 250 GTOs in existence in terms of history and originality. Its period competition is very good. It won the Tour de France, which is big tick, and was fourth overall at Le Mans, which was a mega result. It was raced by Ecurie Francorchamps, which is one of the most iconic and famous independent Ferrari teams. It has never had a big accident and it is highly original.”

That lack of an accident makes 4153 GT a very rare car indeed, as does its unique silver paintwork (quite different to the usual red). In period, it was raced in events such as the Le Mans 24hrs (where it finished fourth overall in 1963) and the Tour De France (the one for cars, not bikes, which it won outright).

To give an idea of just how much this car’s value has escalated, when new it would have been sold at a price of about $18,000, or around $145,000 in today’s money. The car has changed hands several times since it was originally raced, including a sale in 2000 when its Swiss owner, Nicolaus Springer sold it to a German collector for $6.5 million.

While it’s unlikely that we’re going to see a sudden crash in classic car prices, as happened in the late 1980s, we are definitely seeing both a softening and a divide. Just as the gap between richer and poorer grows, so too does the gap in value between the most-coveted classics and the more everyday stuff.

Andy Goodson, sales and marketing director at Lexham Insurance, a company that specialises in classic car insurance, told The Irish Times: “We’re not yet seeing panic – but slowly, more people are looking to sell their cars than are wanting to buy them. Collectors are investing their cash in other objects of desire, such as rare photographs and instruments. The prices of the most exclusive and coveted cars continue to rise, widening the gap between the very best and the rest.”

However, while overall classic prices have fallen by around 10 per cent year on year, and by about 14 per cent since 2015, Goodson told us it’s possible this is a blip. “When times are tough, people look to invest their money in something physical and tangible. While car values may be falling, historically, they perform better than other areas of luxury goods investment. Looking back at the past decade, cars have hugely outperformed coins, diamonds and vintage wine. This could just be a blip – a shift in what is fashionable. We’re yet to see the full story when it comes to assessing vintage automobiles as an investment opportunity.”

There are some significant danger signs for the classic car investor, though. Brexit is one – many of the world’s most respected classic car dealers and restorers are based in the UK, and a hard Brexit could well cause more than a little chaos in the marketplace, no matter how quickly continental firms swarm in to fill the gap.

There are concerns too that in the US, president Donald Trump’s oft-threatened increase in tariffs could derail the classic car industry there. Classic car dealer Mark Hyman, speaking to the Auto Classics website, said that: “The proposed tariffs on vintage vehicles and parts have the potential to cripple a multi-billion dollar industry that relies upon a healthy and open trade environment free of unreasonable boundaries. The proposed tenfold increase of duties on vehicles and parts will in all likelihood put a stop to the importation of important collector vehicles.”

That’s precisely the kind of uncertainty that any market hates.

So, what’s to do? Well, if you’re still keen on buying a classic for investment, then you need to buy very carefully. Rare stuff – Ferraris, Aston Martins, some Porsches and Mercedes, and just about anything with a significant racing pedigree – should at the very least stay close to current values, and probably rise a bit. Famous models, such as the Jaguar E-Type, original Mini Cooper, and Citroen DS, should do okay too. More workaday cars – MGB, For Lotus Cortina or Cortina 1600E, Lotus Elan, etc – will find it tougher, and only the very best, from a perspective of both history and condition, will be worthy of investment.

Most expensive cars ever sold at auction