Behind the wheel of McLaren’s Senna supercar

First drive: The latest in McLaren’s Ultimate Series lives up to its legendary namesake 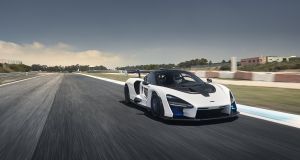 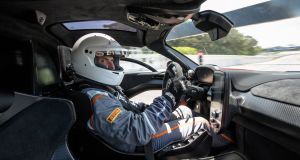 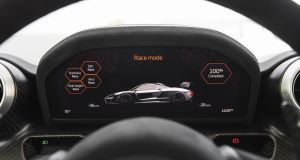 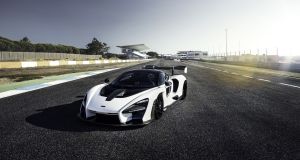 “The engineers raised their game when they realised the name being attached to the project,” admits Ian Howshall, product manager, McLaren Ultimate Series, about the new McLaren Senna.

If, like me, you’re old enough to remember the Brazilian F1 driver, you’ll understand why, and even if not you’ll likely recognise the significance. What’s incredible is this is McLaren’s second Ultimate Series car, the previous one being the P1, that hybrid wonder now consigned to the history books of McLaren Automotive. Not that those annals are particularly long, the company as it is today only having existed for eight years.

There was the F1 before that as a spin-off from the F1 team, arguably the supercar of all supercars, a 106-build no-compromise icon with performance that’s still incredible some 20 years after it was launched. If the Senna follows either of its relations, it’s arguably got its foot more firmly in the F1 than P1 camp, and rightly so.

No hybrid here then, just a development of McLaren’s 4.0-litre twin turbo engine, but so extensively modified as to pretty much count as a new unit. The output is 800bhp, driving the rear wheels via a seven-speed paddle-shifted automatic transmission, all that tasked with shifting just 1,200kg – dry. Add fuel, oil and a driver and that’s likely to be closer to 1,600kg, and some 800kg more if you happen to be doing 250km/h, where that purposeful bodywork creates weight via downforce from the air moving over, through and under it.

We’ll get how it looks out of the way now, shall we, the Senna’s introduction being somewhat overshadowed by its rather unconventional proportions. Form, function, you know the drill. It is busy and confusing, a result of its purpose, its brutality in exploiting the air around it a carbon-fibre constructed embodiment of its namesake’s ruthless, win-at-all-costs streak when racing. You need to see it to try to understand it, and here, now, stood in the pitlane at Estoril, Portugal, it is beginning to make sense. Pretty, as in effective, rather than conventionally so. It’s not stopped sales, either, with the 500 McLaren will build all pre-sold.

Estoril is a fitting place to launch the McLaren Senna: the Portuguese track is where the Brazilian won his first F1 race. And we’re at a track because, well, that’s simply what McLaren anticipates its owners will do with it. That it’s homologated for the road is a useful aside, the likelihood being that owners will jump in, drive to their favourite circuit, do some laps then drive home. I’ll admit initial scepticism at that, wondering why you might not just buy a racing car for far less than the circa €1 million – before you’ve gone mad with the options – the Senna will cost you. In this rarefied market most owners will have racing cars already, so it’s moot.

No, the Senna is different. McLaren describes it as being designed, engineered and developed to be the ultimate McLaren track-concentrated car for the road. That explains the race suit I’m wearing, fireproof underwear and the helmet. And the McLaren race driver coach alongside me for the ride. I’ve lucked out, Goncalo Gomez is local, knowing the 4.2km and 13 curves of Estoril better than anyone else here today. We’re strapped in, Gomez seemingly unfazed at the prospect of sitting alongside a stranger in an 800PS track-focused car.

Five-point harnesses tightened, I’m unable to reach up to close the door. Usefully, there’s someone to do so, closing it to reveal a new level of visibility for a sports or supercar. Not just in front and behind, but down through the doors: the Senna is offered with an optional glazed area – all the better for spotting your apexes. There’s a slight weight penalty if you choose them, but it’s worth it, even if it’s somewhat contrary to the otherwise obsessive paring-back of mass.

The engine start button is above my head, along with the door window switches, so positioned to shorten the wiring loom and keep that weight down. The seat I’m sat in is just 3.4kg, its deep bucket both grapples and cossets, which I’ll be happy for shortly. Pressing that button and all hell breaks loose.

“We learned with our early cars to engineer back in some sounds,” admit McLaren’s engineers. The Senna demonstrates that, with resonances filling the Monocage III structure, the sounds are welcome rather than unwarranted. Purposeful. There are other driver modes, but given the location, I select Race mode. The Senna is hunkered and prepared for everything the track’s got, even if I’m slightly tentative as we roll out of the pits.

The first surprise is the steering. It’s light, and the weighting is key in giving it its speed and accuracy. The feel is rich, allowing the contact patch of the bespoke compound Pirelli P Zero Trofeo R tyres to convey exactly what’s going on. These road tyres, albeit specialist ones, I’ll soon discover, give performance not dissimilar to a slick racing tyre.

As always happens when I’ve had seat time in racing cars, it’s not the acceleration or the grip that shocks, but the brakes. That this is a road car makes that even more ridiculous. The discs take seven months to make, they’re lighter, smaller and more effective than conventional carbon ceramic items, and they’re little short of incredible.

Stamp on the pedal

Any brake that allows me to stamp on the pedal from 280km/h at the end of Estoril’s straight without ever losing force are extraordinary, yet that’s exactly what they allow me to do.

Getting up to that pre-stop speed is the cumulative effect of the masses of speed that the Senna allows me to carry through the corner before, and the quite ludicrous way it reacts to my foot as it touches the accelerator and the mesmerising speed of the paddle-shifted transmission.

You wouldn’t know it’s turbocharged, so immediate is the throttle, the way you can throw it into a bend with the abandon you might a Lotus with a sixth of the power. You can feel it moving around under you as you exit, the Senna’s playful side revealed more often than not with a satisfying corrective input at the wheel.

This is an 800PS kart that’s exploitable and brilliant. It goads and challenges you to push harder, go faster, yet in doing so revealing its genius in that it continues to engage, involve and demand, without that translating to terror. It is, at its core, a hilarious, joyous car to drive. If only I had the skills of its namesake to really exploit its ability. Those 500 buyers are very lucky indeed. If they don’t track it, regularly, then they’re doing a real disservice to the name, as well as the people who created it.