Let’s keep listening to the science in 2021

One Change: Only by looking at the facts can we understand, and act, on the climate crisis 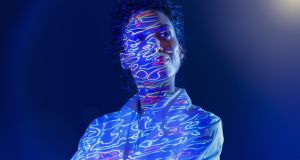 We are already seeing the effects of global warming – from erratic weather and reports of melting ice caps – and these changes need to be studied and analysed.

“I don’t think science knows, actually,” was how the US president Donald Trump responded when asked about global warming last year. The comment was made at a briefing with California officials, during the region’s worst wildfire seasons in its history and where temperatures broke all heat records for the state. “It’ll start getting cooler, you just watch,” Trump said.

In the years before Covid, “science” had been getting a hard rap, with a growing movement attempting to delegitimise its role in society. Climate deniers, anti-vaxxers and conspiracy theorists have all worked to stir up widespread distrust of any kind of expertise – a stance encouraged not only by Trump but by other celebrities and public figures.

But in 2020 the mood shifted with the arrival of the pandemic, and with governments having to rely heavily on research and advice from immunologists and virologists. The public urgently wanted to know what the medical experts thought, and how quickly they would find a solution. The US president-elect Joe Biden, meanwhile, regularly mentioned the importance of science in his campaign, and before Christmas tweeted that “science will always be at the forefront” of his administration. Yes, science has come centre stage over the past year and it’s a good thing – particularly in the battle against climate change.

For the Swedish activist Greta Thunberg, the message has always been simple: if we look at the facts about the climate, then we can act. “Listen to the science” has often been her mantra and call to action when speaking to world leaders, urging them to fully acknowledge the seriousness of the climate crisis. In David Wallace-Wells’ brilliant but terrifying book The Uninhabitable Earth, he draws on various research and data to imagine future scenarios on our warming Earth – if we keep consuming and living the way we are. Though there is hope: “If humans are responsible for the problem they must be capable of undoing it,” he writes.

We are already seeing the effects of global warming – from erratic weather and reports of melting ice caps – and these changes need to be studied and analysed. As one scientist put it to me: “You can’t solve a problem if you don’t understand it first.” And this can only be achieved with constant research into what’s happening, where it’s happening, and how new technologies can mitigate some of the effects of global warming – and then monitor if these new technologies actually work. If we are to have any clear picture of what lies ahead, and how we’ll be able to tackle it, we need to keep listening to the science.