Keep them turned on: Ten top gifts for gadget geeks

Present picks for tech-savvy folks, from the classic Play Station to the new iPhone 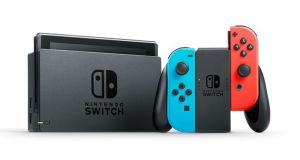 A whole generation of 1990s children remembers the thrill of waking up on Christmas morning to see if Santa left a PlayStation – and later faking some sick days to stay home and play it. Those children are now parents themselves, and what better way to introduce their own offspring to the joys of retro gaming than Sony’s PlayStation Classic?

This compact beauty is about half the size of the original console and comes with two wired controls, a virtual memory card and preloaded with 20 games, including Final Fantasy VII and Tekken 3. PlayStation Classic launches on December 3rd – 24 years after the original.

We live in an age where our phones can take as many photos as our heart’s desire, but quantity isn’t always a match for quality, and there’s something about a printed photo that can’t be beaten. Well, Instax has combined the best of both worlds with its SQ10 Hybrid Instant Camera. This mash-up of digital and analogue lets you print off a lovely square photo, but before printing, the camera interface allows you to edit it first, so if you wish to adjust, add filters or generally fine-tune, you can. The camera can also store up to 50 photos for Instagrammers out there too. Snap it up at Harvey Norman from €299. harveynorman.ie

It just wouldn’t be Christmas without a phone upgrade, and Apple’s iPhone X is just about the perfect choice. The X is the 10th anniversary iPhone, and Apple gave it a dramatic makeover. The biggest – and most controversial – change is removing the home button and adding facial ID. Once you get used to this departure though, the iPhone X is a seriously impressive piece of kit, with a beautiful OLED screen, wireless charging and a great camera. The battery could last longer and the price is somewhat steep, but it’s easily one of the best phones currently available. From €1,129.99 at Three. three.ie

This is a long way from the most high-tech gadget on this list – yet it might arguably be one of the most useful. The screens on our phones, tablets, laptops etc are all covered in fingerprints, dust, smudges and other signs of wear and tear, and a quick wipe with a tee-shirt only does so much to improve matters. The Whoosh! Screen Cleaner is a proper solution, however. It’s safe for use on all types of screens and comes packaged with two soft microfibre cloths for removing all the gunk our devices come into contact with. The price is more than reasonable too. Available from £13.62 at amazon.co.uk

The world is an increasingly loud, restless place and we all need some good-quality earbuds to listen to our favourite heavy metal bands in peace and quiet. That’s where the Jabra Elite Wireless Earbuds come in. These earbuds come with fantastic sound quality, four-microphone technology for clear conversations, five hours of battery – plus an additional 10 hours courtesy of its handy charging case – and it does a great job blocking out the outside world. From €194.99, Littlewoods Ireland.littlewoodsireland.ie

Nintendo took a swing and a miss with its previous console, the Wii U, but it has really hit a home run with the Nintendo Switch. The Switch is a “hybrid” console that can either be connected to a TV via a docking station or taken on the go and played through an LCD touchscreen. The Switch comes with wireless Joy-Con controllers that can be attached to the side of the touchscreen for handheld play or to an accessory that transforms them into a more traditional gamepad. The Switch has a big selection of games too, including modern gems like The Legend of Zelda: Breath of The Wild and Super Mario Odyssey. From €329.99 at Argos.ie

The Apple iPad 9.7 is one of the best on the market – and for a price that isn’t ridiculous either. The 9.7 is powered by the A10 fusion chip, which is powerful enough to handle augmented reality apps, playing a game or even editing 4K video. This model is also compatible with the Apple Pencil, for those who want to do a little drawing or writing in-between Netflix binges. From €369.99, Currys.ie

The trouble with the latest, freshest technology is that it can often be prohibitively expensive. There’s a lot to be said for a non-flashy, reliable piece of kit that’s more than affordable, and that definitely applies to the Anker SoundCore mini. This little portable speaker features top-notch sound quality, a 15-hour battery and works with everything from iPads and iPhones on down. Available from €46.77 at PriceSpy. pricespy.ie

While smartwatches were once dismissed as expensive gimmicks, they’ve slowly but surely proven their worth, especially for the health-conscious. The Fitbit Ionic is particularly well regarded as a fitness device, coming with personalised coaching, guided workouts, heart-rate tracker and GPS. It also stores up to 300 songs, is water-resistant and can be loaded with any number of useful apps. It also comes with more than four days of battery life. From €299, Harvey Norman. harveynorman.ie

Another hybrid concept, the Rocketbook Wave Smart Reusable Notebook aims to bridge the gap between those who miss taking notes on paper, while also wanting the ability to send them to the cloud for later use. The idea is simple: write in the notebook as per usual, and then using the Rocketbook app you can send the notes to iCloud, Dropbox, Google Docs etc. When the notebook is full, simply drop it into the microwave with a cup of water and the pages will be erased by the heat. From £29.99 at amazon.co.uk

‘Childbirth can’t be postponed’ – how Holles Street is coping
6

Covid-19 crisis: ‘We have had to learn a new disease, new vocabulary, new skills’
8

What sold for €535k in D7, Rathfarnham, Dún Laoghaire and Kilmainham
9