‘Why would you move here? The men p**s in the street'

French Leave: Rose Doyle fends off dire warnings as she searches for a home 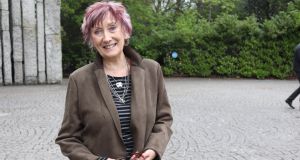 Rose Doyle: ‘Nothing was easy in France, I was warned, least of all buying property.’

Montpellier, when I got there, was doing its best to deal with January’s lack of cheer. It was cold, though not the grey kind left behind in Dublin, and creamy gold buildings helped raise the heart.

My planned search for a place to live tout de suite was forestalled when a friend, French and having a bad day, issued a warning. “Why would you move here?” she said, “Montpellier is sale, sale. The men piss in the street, the dogs piss in the street.” I hadn’t noticed. “Men and dogs are unique everywhere,” I said.

Other friends were protective.

On a Sunday walk through Palavas-les-Flots, where lakes are crossed by the river Lez and seafood restaurants serve al fresco in January, two such friends issued ever more dire warnings. Don’t buy anything south facing, they said, nor with large plate glass windows; the heat will kill you in summer. You can’t sleep at ground level either, they said, unless you want to be broken into and murdered in your sleep. Rez de chaussée (ground-level) apartments are cheaper but you must never buy one.

Nothing was easy in France, they warned, least of all buying property. French administrative regulations were hell; painful taxes and added costs came with ownership; things always went wrong. Then there was the heat in summer and cold in winter to consider. This last, as we walked under a blue sky along a Mediterranean beach in January, was proof definitive that everything is relative.

All this from two people who love France, one French and one Irish, and wouldn’t live anywhere else. Exhausted, I parked their advice and set about looking for a home suitable for an ageing EU citizen.

I fancied an apartment in the Écusson, the historic, old town part of Montpellier, or in the Beaux Arts. Newer neighbourhoods have buildings designed by international architects; an unsurpassable tram service (livery designed by Christian Lacroix) links the lot.

The French say it’s the best place in France to become ill and, while I’m not planning to, this is nonetheless reassuring

Agents Immobiliers in Montpellier (pop. 280,000) are relaxed and as numerous as the city’s hairdressers, who are everywhere. One of France’s fastest growing cities, 10km from the Med, Montpellier has the oldest functioning medical school in the west. The French say it’s the best place in France to become ill and, while I’m not planning to, this is nonetheless reassuring.

Immobiliers took my details, asked me about my budget. No one said this was small, though it was. The southern French can be as enigmatic as northern Parisians when they choose. Some cheerfully involved themselves with my search, others had a hauteur that implied they were working on the purpose of life.

“Pas pour vous, madame,” such agents invariably shrugged off my queries. Why so many A Vendre (For Sale) apartments were not for me remains a riddle to be solved, but I tried.

Lured inside by an apartment in an agency window I was told it was sold. Not suitable for you; the agent gave a French shrug and I resorted to Irish irritability. Why then is it in the window? I demanded. She gave a higher shrug, it was the way things were done.

Agents varied, of course. There was the kind and lovely woman who tried to sell me houses with dark rooms, weeping walls, tomb-like caves. There was the agent (male) who watched the vendor (her arm in a sling) and myself struggle with an up-and-over garage door, and the older man who was so helpful he would have bought a house for me himself, if he could.

The market wasn’t on my side. End-of-October figures showed an average national increase of 3.5 per cent in house prices across France. In Occitanie, the base of my search, the figure was 4.2 per cent; in Montpellier it was 2.1 per cent and rising. As in Ireland, people were leaving the capital; 60,000 inhabitants left Paris between 2011-2016, mainly due to rising rents.

When a flurry of offers descended on my Dublin home I worried about not being there to put in a good word. Deirdre, the agent, however, was buoyant. I decided being out of the way was good for business.

Tear gas is strong, chemically dangerous and noxiously effective on the eyes, throat and nose

Then I ran foul of the gilets jaunes. They were everywhere on Saturdays, righteously calling for Macron’s head and the government’s collapse, challenged by gendarmerie with shields and face masks and tear gas canisters. Faced with Gendarmerie throwing tear gas and gilets jaunes charging, I slipped into a shop. When an elderly man collapsed in the doorway gilets hammered on the shutters and shop assistants hauled him inside, ushering in a crush of gilets and gas fumes at the same time.

Tear gas, I can report, stinks. It is strong, chemically dangerous and noxiously effective on the eyes, throat and nose. I got away lightly and bought a cardigan for €17.

Next morning the streets had been hosed clean, shattered glass cleared away. ATMs ripped out of walls were covered in protective steel but the sun shone, Montpellerians promenaded their dogs and the buzz in the central Comedie was the gentle, Sunday-in-France kind. I did a tram-circuit of the city, around its balance-defying modern architecture and Haussmann streets sighing in the sun.

I also decided to listen to friends. With my budget seeming more pathetic by the day, their advice that taxes were cheaper and you got more space for your buck out of town made sense. I took a bus for the valleys and villages.