Moving On: Enthusiasm has waned after packed viewings and endless web trawls 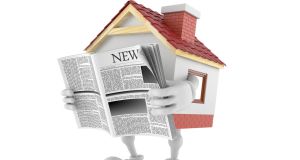 We’ve trawled through endless supplements looking for a property

At the start of this process I knew we would need to realise enough from the sale of our Blackrock house to buy a smaller one, and invest the balance to replace my unfairly decimated pension.

The need to reinvest part of the sale price meant that our preference to stay in the area, with the room sizes and aspect we required, exceeded our budget. Remaining in the same patch would have made for an easier transition and kept the old reliables close, but this was unlikely without a massive compromise on our deal-breakers, ie a south facing private garden, open plan living space and little maintenance.

The search moved beyond our comfort zone in Blackrock/Booterstown into Wicklow, Deansgrange, Dundrum, Monkstown, Glasthule and Stillorgan. Endless trawling of websites and scouring of supplements ensued. Reconnoitring areas for new reliables, scrutinising streets for noise levels and studying neighbourhood profiles became the norm. Some people even follow death notices to make an offer on properties before inevitable public executor sales.

One major irritant was having to dredge details such as aspect from agents that should have been available online, or in advertisements. Most responses were informed and delivered speedily, but a few were unhelpful, or disinterested. Keep the phone app compass at hand. It proved invaluable for us.

My notebook lists 57 homes that we actually went to see, a shortlist of thousands discarded for various reasons. A mix of brand new and second-hand homes, each was detailed with aspect, size, BER, price and agent as well as other pros, cons and queries. Two were penthouses, five were apartments, 18 were detached, six were terraced and the remainder were semi-detached.

You might imagine that visiting other people’s homes, casting a critical eye over their interior design, cleanliness or gardening ability, is somehow pleasurable. But most times when we were viewing these houses, other potential buyers were inside our house running the rule over our home. Perhaps this made us kinder and more understanding of the difficulties involved in showing your home. Maybe we thought this empathy would somehow transfer back to those scrutinising our place.

Very occasionally, we were blown away by homes that were completely lovely and bright with luxurious touches and clever garden design. Most of the others were quite ordinary, but all helped hone our requirements further. Apartments fell off the list and most new homes were discounted because they were three storey, too far away, or too tiny. Noise and poor access weeded out terraced homes, while Wicklow also became too distant. Significantly we also decided not to take on a renovation/extension job ourselves, so the list became shorter.

Sometimes damp, frustrated viewers were crushed together in hallways while the agent tried to get contact numbers from everyone. Other hold-ups included having to don shoe covers to protect the carpet – a task particularly difficult if accompanied by fractious children.

However footwear protection is a good idea as our experience of one home testified. It was smelly and dirty with underwear strewn on the main bedroom floor. Bed were tousled, damp towels in corners and no effort made to clean the kitchen. I overheard another viewer complain to the agent that it was a health hazard as he hastily carried his child away.

Missing keys and confusion over viewing times occurred occasionally, and we were amazed to see Mont Blanc pens and expensive looking jewellery on open display with no policing. We arrived early for a second viewing of a quaint house that we thought might suit, but because we entered the property with the agent no lights had been switched on around the place. It was 2pm on a sunny afternoon but inside was dark. We retreated and made an early escape.

In general the selling agents were eager to help and accommodating. When they knew we were cash buyers their interest did step up a gear, and follow through regarding the houses we viewed and registering our interest or otherwise was faultless. However not one agent ever contacted us to suggest an alternative property that might be suitable for our clearly stated needs.

After three months our early burst of enthusiasm waned. We were tired. Some potentials that we liked soared madly over the asking prices and our budget, but we agreed that the final offerings were a case of too much money for too little property.

With the sale of our house progressing nicely the signs were good, we just didn’t know whether we should rent somewhere for a year or two, and await a market slowdown. If some of the predictions were correct and the market softened then our next home might be cheaper by 2020. And if there was a major property collapse then we’d be laughing.