A Brooklyn bridge all the way to Limerick 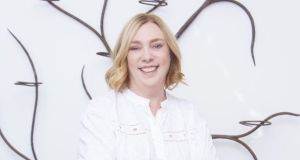 Amada Hilton Sawyer of Irish Girl in Brooklyn confesses to passions that include antiques, mid-century furniture and lighting.

Given a choice, who would pick Limerick over New York? Amanda Hilton Sawyer, for one. After years in the Big Apple she has returned to her home town to set up the interior design business Irish Girl in Brooklyn.

She says that decades of experience as a real-estate agent, selling lofts in the avant-garde areas of SoHo and TriBeCa, honed her taste for industrial architecture and the reclamation of buildings and apartments for contemporary living.

Her passions are antiques, mid-century furniture and lighting and she is a keen proponent of the “reduce, re-use, recycle” philosophy. Comprising an online shop and a showroom on Thomas Street in Limerick city, Irish Girl in Brooklyn specialises in hard to find, one-off objects chosen for aesthetic purposes, but that also embrace the founder’s core beliefs of sustainability and value.

“An emporium of the unexpected,” is how Sawyer describes the showroom. And her current design favourites? Luxurious hand-cut silk velvet cushions (€175 each), a carved, stone-topped mid-century sideboard from Florida (€2,200), an oversized floral wall light (€950), a cowhide rug from Texas (€600). irishgirlinbrooklyn.com

Come into the parlour

Interior designer Róisín Lafferty has put her imprint on The Vaults, a new interactive tourist attraction that promises laughs, screams and stories and opens on John’s Lane West, off Merchant’s Quay in Dublin 8 on October 19th.

The space is also home to a glam cafe and shop that riffs on the old idea of the Irish parlour or good room. Lafferty has brought plenty of modern wit to its black and white checkerboard floor, suspending fringed light pendants – by Rothschild & Bickers – and glass forms trimmed in deep fringing above counters. The bespoke cabinetry is freestanding so that it can be moved out of the way at night when the venue is closed to the public but open for private parties. The shop also has roof lights that illuminate the space from above – these have been filled with greenery and gives a sense of being below ground.

The retail area too has been well designed and will include objects that recall some of the many characters, real and ficticious, that visitors met along the way. Molly Malone, for example, who was a fishmonger, and the inspired buy in her range will include candles – oyster shells filled with wax and presented in a gift box as a souvenir of your visit.

McNutt’s scarves, packaged in cool tubes, Arran Street East ceramics, Mireog cards and T-shirts and At It Again’s abridged versions of Bram Stoker’s gothic novel Dracula, are just some of the home grown talents that will be on display, explains The Vault’s visual merchandiser, Jane Gilloway. The Vaults will be open from October 19th Kingstonlaffertydesign. com; Vaults.live

Sit down in style

These rich russet dining chairs set around a pale oak table would add a sense of drama to a dining space, preferably one with grand dimensions. If your space is more on the modest size, and entertaining is in the kitchen, then benches on either side of a sleek table are a neat alternative. Both looks are from the Neptune autumn/winter collection.

Offaly artist Olive Cuskelly worked in a leading design firm in Sydney but was drawn back to Ireland in the late 1990s to set up her own design company. In 2003 she decided to dedicate herself full time to painting, has since opened an art studio, The Green Haven, and exhibited her work widely, selling to clients in Ireland, the UK, Australia and, most recently, America.

Cuskelly is also a member of Offaly Crafty, a collective organisation that promotes, encourages and displays the wide number of craftspeople living and working in the county. This punchy poultry painting, priced at €550, is entitled I’m grateful for my other half.  offalycrafty.com