The Big House blues: ‘Even changing a lightbulb is an ordeal’ 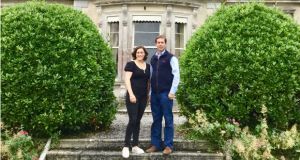 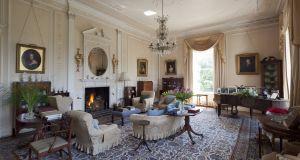 A country pile with the perfect bloodstock pedigree is looking to extend its range by getting into the movie business. The owners, Lorna and Harry Fowler hope it just might become the next Downton Abbey.

Rahinstown House, a couple of miles from the village of Summerhill in Co Meath is as yet undiscovered by Hollywood but the Fowlers have already had approaches from film locations managers and see it as a way of maintaining the Victorian property.

But a Victorian house like this, built for entertaining in 1864 with 16-bedrooms and set on 600 plus acres, needs constant maintenance. The sheer scale of the place makes any repairs costly, says Fowler, whose day job is managing director of Tattersalls Ireland. “For example, a chunk of a chimney stack recently fell off and knocked a car. We needed scaffolding to repair it and it cost about €10,000.”

Even changing a lightbulb is an ordeal, he continues. A ladder won’t reach the lofty ceilings and to clean the gutters you have to hire a cherry-picker crane to do it and it takes about a week.

They would love to bring the big house back to its former glory and either maintain it for family or open it to the public.

Their neighbour and friend, Nick Nugent, director at bloodstock agency Goffs, lives nearby at Ballinlough Castle and has set up the successful Body & Soul festival, held in June on the estate in Co Westmeath.

In racing circles the house is already a marquee name. This ancestral home was built by Harry’s great, great granduncle, Robert Fowler, High Sheriff of Meath. Other notable Robert Fowlers in the family include the Sheriff’s son, Capt Robert “Harry” Fowler, who was Master of the Meath Hounds when Sisi, Empress of Austria came all the way across Europe to experience an Irish hunt and stayed at nearby Summerhill. Fowler impressed her enough for her to give him a riding whip, which the family found years later in the attic, and sold at auction at Adams in 2010 for €37,000.

Harry’s line of the family inherited the property from his great, granduncle, Capt Harry Fowler, who won a silver medal playing polo on a team of three Irishmen and one Englishman for Britain in the 1936 Berlin Olympics. The medal, presented to him by Hitler, still hangs in the house.

There was always horsemanship in the family, Harry says. His father John Fowler married Lady Jennifer “Chich” Fowler, daughter of the Marquess of Donegal. He was an amateur jockey and trainer of note. Maid of Money won the 1989 Irish Grand National while Opera Hat won the 1998 Melling Chase at Aintree.

Harry’s aunt, Jessica Harrington, was also brought up here and represented Ireland at the 1984 LA Olympics in the three-day event before becoming one of the country’s top trainers.

Lorna and Harry met through their fathers, John Bradburne and John Fowler who had been at school together in the UK.

Laura’s side of the family had equally impressive black type wins, most notably the jumper, Blue Charm, who came second in the 1999 Grand National. Her sister-in-law Gee Armytage was one of the first crop of successful professional ladies jump jockeys and was personal assistant to Tony McCoy while Laura’s brother-in-law, Marcus Armytage won that famous race in 1990 aboard Mr Frisk, the last amateur rider to win the race.

Harry inherited the property after his parents died. His father was killed in a tragic tree-felling accident in 2008. Harry then consolidated the farm with a dispersal sale at Tattersalls and moved back into it in 2011. “When my mother got sick with cancer I brought in investors; people that wanted to buy racehorses, friends, colleagues – people my age,” he says. His mother died in 2013.

They use the house to entertain Tattersalls’ clients here who come for the sales or the racing. It’s all part of the buying and racing experience, Harry explains. Guests include champion trainer Nicky Henderson and wife Sophie, great friends of Harry’s father – they went to school together; Henderson’s bloodstock agent David Minton and his wife Juliet as well as rising stars, including Warren Greatrex who trained Cole Harden, who won the 2015 Cheltenham World Hurdle; Ben Pauling, trainer of Willoughby Court, who won the Ballymore Hurdle at Cheltenham; Charlie Longsdon, who trains horses for Queen Elizabeth and Oliver Sherwood, who trained the now deceased 2015 Grand National winner, Many Clouds, a horse that was a €6,000 buy as a foal for owner Trevor Hemmings.

The horses/bloodstock side of the house is now in rude health but they want a second business to help maintain the ancestral pile. “We dipped our toe in the wedding market without putting any capital in but people do want everything set up and we weren’t ready,” Harry explains.

So they’ve turned their attention to using it as a location for film and television The place has potential but there’s work to be done.

The top floor, where eight of its 16 bedrooms are, is completely empty and needs work.

Winters are cold living in the big house, says Fowler. The house has a central heating system but it had been accidentally left on during a long period when the property belonged to his parents and Fowler Snr was in residence. It racked up a bill for thousands of pounds and was never switched on again.

There were times when they went to bed in polo neck sweaters and woolly hats. “There was frost on the inside of the windowpanes and your breath would crystallise. The taps wouldn’t work because the pipes had frozen,” he recalls.

They now sleep in accommodation above the kitchen and living rooms so that the heat rises to warm the rooms.

At entrance level there’s a large front hall with the drawing room where they entertain guests. This leads through to the library and on into the old dining room which is now their everyday kitchen/dinning/ living room. South facing its three lovely large windows stream light in.

In the summer, everything’s a lot easier, says Lorna. “The house is less high maintenance. You don’t have to be shutting doors all the time and having to contend with burst pipes.”

The property’s potential diversity is massive, she says. “It’s not as big or as posh as Highclere (Downtown Abbey) and it would be wonderful to wave a magic wand and have en suite bathrooms, a swimming pool and lights everywhere, but for now we have to worry about the Victorian plumbing giving up the ghost.” Rahinston. com

From yoga to HIIT training, your guide to solitary exercise
7

Róisín Ingle: Have you snapped yet? I did the other day. Five times
10