Property economist replaces Michael Grehan, who will take up new role in agency 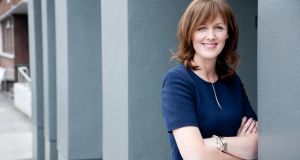 Estate agent Sherry FitzGerald has appointed Marian Finnegan as its new head of residential. She will replace Michael Grehan who has headed up the residential business for 16 years.

Ms Finnegan is a widely-known property economist who established Sherry FitzGerald’s in-house research unit in 1996, the first of its type in a residential agency in Ireland.

She is a regular commentator on property industry trends and will continue to lead the research and advisory team at Sherry FitzGerald.

In what has been described as “natural succession planning” for the agency, Mr Grehan will take up a new role as chairman of residential and countrywide within the group.

The current chairman of residential, Simon Ensor, will step down and will remain as a senior sales director, continuing to work in the marketplace.

The position of chairman of countrywide – overseeing the franchise network – was vacated in recent months following the retirement of Mary Dillon.

Sherry FitzGerald chief executive Steven McKenna described the moves as “the beginning of a new chapter” at the company.

“Marian has helped shape Sherry FitzGerald and understands the property market and our business strategy. She is an outstanding communicator both internally and externally and is highly respected in the marketplace.”

Ms Finnegan, Mr Ensor and Mr Grehan have held senior executive positions at the firm for many years and all are shareholder directors on the Sherry FitzGerald group board.

Co-founder Mark FitzGerald stepped down as chief executive in July 2017 and remains the company’s main shareholder.