Press Up to open Union Café in Churchtown by year-end 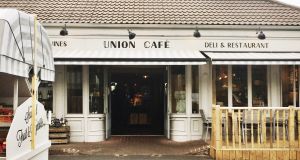 The Press Up Group’s burgeoning array of venues looks set to increase yet again as the company has leased a 390sq m (4,200sq ft) restaurant unit at 96/98 Churchtown Road Upper.

Property investor MM Capital is developing a row of commercial units on the site formerly occupied by McGowans pub. Press Up’s new unit will house the Union Café at Churchtown, a restaurant which will seat about 130 patrons, offering all-day breakfast, lunch and dinner seven days a week and creating 50 new jobs between full-time and part-time staff.

The venue is expected to open in November 2018. By that time the entertainment giant may have shut the original Union Café premises in Mount Merrion, which is set to be demolished. The plan to replace the existing buildings on the Mount Merrion site with a new mixed-use scheme of apartments and retail was approved by Dún Laoghaire-Rathdown County Council in April. Since then locals have appealed the decision to An Bord Pleanála.

Press Up is headed by Paddy McKillen Jnr and Matt Ryan, while MM Capital is led by Derek Poppinga and Peter Leonard. Leonard and McKillen’s fathers are long-time business partners, sharing ownership of the international property investment company Clarendon Properties. The relationship with the new landlord in this instance is likely to be entirely coincidental given Press Up’s widely publicised ambitious plans for expansion.

The landmark Churchtown site was acquired in 2007 by a consortium comprising investors such as Bernard McNamara, when it was valued at more than €10 million. MM Capital acquired it in 2014 at an inevitably heavily discounted price and subsequently flipped a portion of the site on which it secured planning permission for a residential development to builders Homeland Projects.

Its new development, Camberley Mews, launched in recent months. On the remainder of the site, MM Capital has reconfigured and redeveloped an existing commercial structure to accommodate five commercial units – two of which will be occupied by Union Café.

‘I couldn’t get a job in Ireland. Was it because I’m a different race?’
9