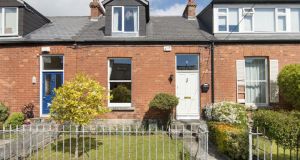 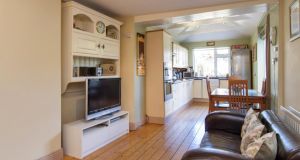 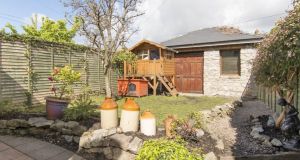 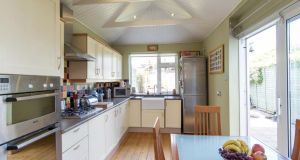 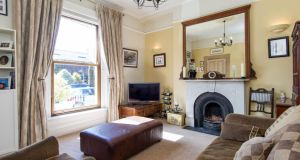 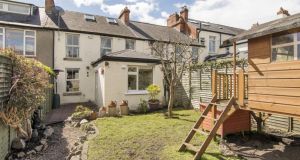 At the turn of the last century Rathgar was a favoured location for political and literary sets. George (AE) Russell lived at Number 25 Coulson Avenue, Maud Gonne was next door and Constance and Casimir Markievicz lived round the corner.

Gonne, the freedom-fighting suffragette, hung a pair of black bloomers outside her home during the royal visit of 1903, ostensibly in tribute to a recently deceased pope, but really to antagonise her royalist neighbours. The police were called as Gonne had caused uproar. Her supporters from Inghinidhe na hÉireann (Daughters of Ireland) arrived and the suburban standoff became known as the Battle of Coulson Avenue. The quiet cul-de-sac lies off Rathgar Avenue and has a mixture of split-level and two storey-redbrick properties. Number 5 sits mid-terrace and has been home to the same family since 1998.

The extension saw the addition of a larger kitchen overlooking the rear garden.

The house has two livingrooms, a formal high-ceilinged room to the front of the house with an impressive marble fireplace and a family room off the kitchen for more relaxed affairs.

An imposing family bathroom at garden level was formerly a diningroom and now features a free-standing bath on chequered tiles.

The property has two bedrooms on the first floor and a third at attic level which is en suite. The rear garden has a double garage for off-street parking, which is just as well as parking on the avenue is tight. It is for sale through Lisney at €695,000.

A week of eased restrictions: ‘It’s reopening way too fast’
8