26 Sandycove Road is a smart four-bed next to Buckley’s auction room. It was completely renovated five years ago 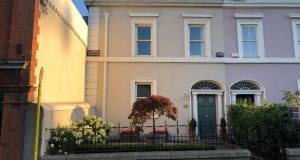 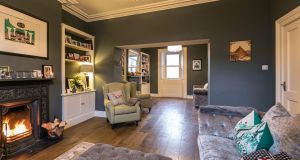 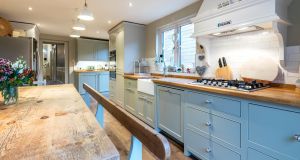 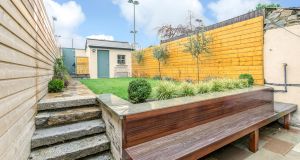 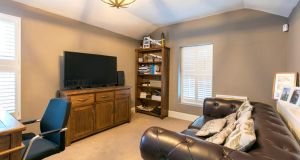 The study, which could be used as a bedroom. 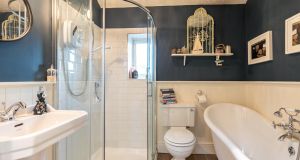 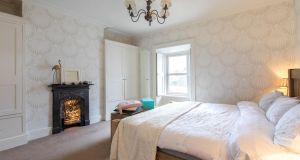 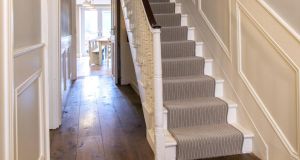 A house next door to landmark auction room Buckley’s in Sandycove, Co Dublin, has been completely renovated since its owners bought it five years ago. They did basic structural work, like damp-proofing the downstairs, restoring and replacing period features, then redecorated in a smart modern style.

The house is two doors down from Tara Hall, the first house on the terrace, built in the late 18th century. Number 26 dates from the 1880s. The entrance hall has some elaborate original plasterwork, new wainscot panelling and is floored, like all the downstairs, with 8in smoked black oak waxed floors.

The two reception rooms – painted a striking charcoal grey (Farrow & Ball’s Downpipe Grey ) – on the left of the hall have matching black cast-iron fireplaces and very smart white built-in shelves and bookcases. The rooms run from the front to the rear of the house, linked through a wide arch. The windows at front and back have original shutters and new uPVC double-glazed sash windows.

More smart storage has been built under the stairs. At the end of the hall, a step down leads into a long narrow kitchen with oak countertops. French doors at the end (and a door at the side) open onto a sandstone patio with built-in seating; granite steps lead up to a neat raised lawn with a garden shed – that looks, as the owner says, like a little house – at the end. A door at the back leads into a lane near Sandycove tennis club that leads back around to Sandycove Road.

Upstairs, a good-sized room on the return is fitted out as a study but could be a bedroom. The main bedroom, decorated with Farrow & Ball’s off-white Lotus wallpaper, has built-in wardrobes and a smart en suite.

There is no parking with the house, but no pay parking on this stretch of Sandycove Road.

Buckley’s Galleries next door is closing after 70 years in business and is for sale for more than €700,000; Tara Hall, currently a guesthouse needing major renovation, went for sale earlier this year and has recently been sale agreed.