Pretty as a picture in secluded Foxrock locale for €1.25m 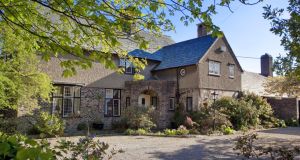 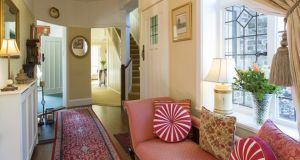 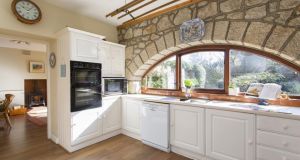 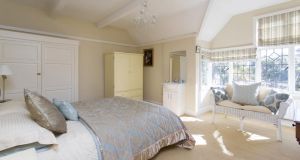 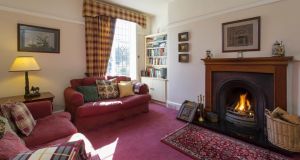 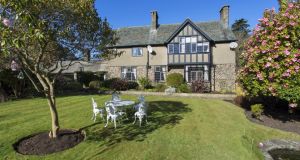 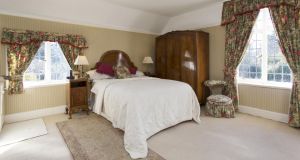 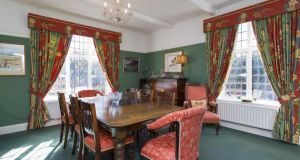 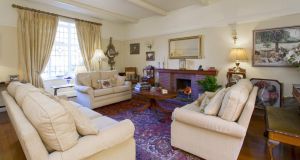 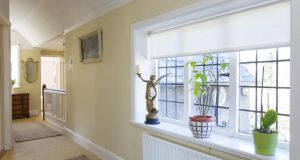 Currane on Foxrock’s Gordon Avenue is one of the few houses so far this year to take the auction route for sale. Maybe it’s an indicator of the gradually correcting market but its AMV (advised minimum value) of €1.25 million is competitive given its location, size – five bedrooms with 237sq m (2,550sq ft) of accommodation – and condition.

Owners Tom and Patricia Deveney think that the estimate reflects work that could be done on the house – but apart from possibly sacrificing one of the bedrooms to create an en suite for the principal bedroom, or putting a floor into the extensive attic for extra storage, it’s difficult to see what else could be done to this property.

Currane is in lovely condition, with a well-maintained interior and beautifully kept gardens that include rare New Zealand tea trees, courtesy of a former plant-loving owner.

It was a different story when the Deveneys bought the house in 1992. “We had been looking for so long for the right house, and were bowled over by it when we saw it,” says Patricia, who at one time worked for the selling agent Lisney.

“It was in the newspaper at the time we bought it as the highest price paid that week at auction, nevertheless our son, who was just starting college, said that it was the most unsuitable house.”

That might have had something to do with the fact that, at that point, it had no kitchen. Patricia and Tom, who owns Deveney’s off licences in Rathmines and Dundrum, had fallen in love with the house, but were not blind to its faults. There were dark trees at the front, among other issues.

The plan was to build a new kitchen on to the side, where an old stone outhouse linked the main house, which was built, in the Arts and Crafts style in 1939, to the much older stables of Kilteragh House.

“When we sandblasted the plaster off, we found this stone arch,” says Tom, pointing out what is now a feature arched window in their new kitchen. The problem was that the family had to move in sooner than anticipated.

“When we arrived, there were holes in the floor, and we cooked for two weeks in the dining room with a Primus stove,” says Tom.

“It’s still in the garage somewhere. We tried to get RTÉ to take the old mahogany presses, we thought they could use them for a set, but they didn’t. So we put them in a skip, and they were gone by the next morning.”

They also took out the trees at the front, so that now there’s a welcoming brick and render facade with leaded windows, typical of the Arts and Crafts style, and a wide gravel parking area behind mellow brick walls.

The property is on the corner of Gordon Avenue and Westminster Road, in the heart of Foxrock.

Through the porch is a welcoming hallway leading to the drawingroom, familyroom, diningroom and breakfastroom. There’s also a cloakroom and downstairs bathroom. The breakfastroom has French windows to a patio that leads to the gardens, which include camellias, magnolias, a large lawn and a pond.

The gardens are secluded and sunny, and cover just under a third of an acre. They were, until recently, even larger: the end section has been separated, as the Deveneys plan to build their new house there – not wanting to leave the area simply because it’s time to downsize.

“I used to walk up from the washing line and say to myself, ‘aren’t I so lucky to live here,’” says Patricia.

“And we’re lucky to be able to stay. A friend once said to me it’s the prettiest house on Westminster Road.”

It is definitely charming, with its rambling style, beamed-ceilings and bright, spacious-but-cosy bedrooms. The kitchen extension creates a link-detached connection to the next door house, which is itself a conversion of Kilteragh House’s former milking parlour and farrier’s shed – but you’re not aware of neighbours, and the setting is very private. “We’ve loved everything about the house,” says Patricia.

The auction takes place on on May 7th.

Don’t like running? Here are 10 other paths to fitness
5

Ross O’Carroll-Kelly: ‘While I hate lying to him, that’s my job as a parent’
7

Why is Greta Thunberg so triggering for certain men?
8

Do you really need to take supplements during pregnancy?
10