Old school redbrick ripe for a refresh on stately Rathmines road for €2.475m 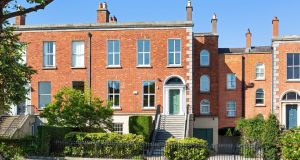 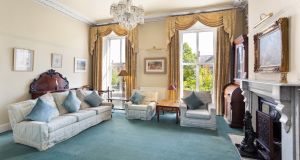 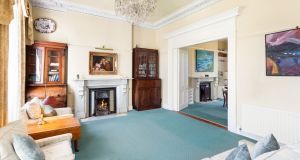 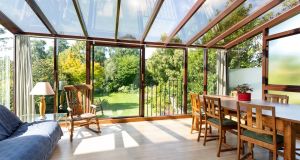 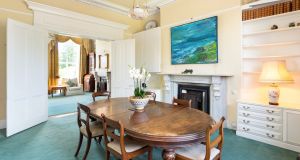 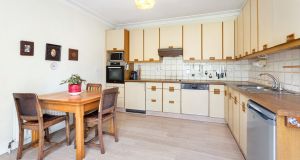 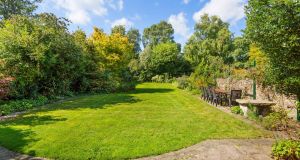 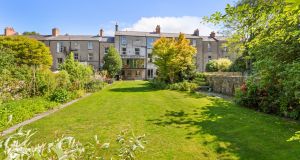 A two-storey over garden level Victorian redbrick with a four-storey return at the side has been a happy and flexible home for a family who bought it in 1971. In the 48 years they’ve lived in the house, it was home to both owners’ mothers, and it now has plenty of space for visiting children and their families.

The most striking features of 16 Palmerston Road are the large interconnecting reception rooms on the left of the front hall with the 3.3m-high (11ft) ceilings and elaborate plasterwork of the Victorian era, and the 36.6m-long (120ft) back garden.

New owners will likely refurbish the protected structure, in line with the many others who have bought properties on the road in recent years: since 2015, more than 15 houses there have changed hands. But the space and the long back garden offer ample scope for renovation, subject to planning permission.

The 295sq m (3,175sq ft) six-bed, five-bathroom house is for sale for €2.475 million through Sherry FitzGerald. Number 16 is one of the 17 houses built by property developer Patrick Plunkett – grandfather of 1916 leader Joseph Mary Plunkett – on Palmerston Road in the 1860s.

The reception rooms were the heart of the home, say the owners. The drawingroom at the front of the house and the diningroom at the rear, with interconnecting doors, both have large white marble fireplaces, with rich plasterwork matching that in the hall.

A few steps down at the end of the hall is the kitchen and, through a sliding glass door, the large conservatory with a glazed roof and walls overlooking the back garden: this was the owners’ main addition to the house.

Upstairs, there are three double bedrooms on the first-floor return – one of which, in the side return, has windows looking over the front and back of the house. A fourth bedroom on the second return has the same feature. At garden level, there are two more bedrooms and a livingroom opening onto the patio at the back of the house, as well as a utility room. There are two separate entrances to this level.

The long, private rear garden is laid out mainly in lawn, bordered by mature trees that include maple and apple trees. The house backs onto the former Church of Ireland College of Education.

There’s room to park several cars in the gravelled front of the house and a small garage/store room that opens from the front to the back of the house. The house is a short walk from both Cowper and Beechwood Luas stops.

Number 17 Palmerston Road sold recently off-market for €2.7 million and number 15 for €2.3 million. Number 16 Palmerston Road is not to be confused with a nearby house, number 16 Temple Villas, Palmerston Road, near the corner with Cowper Road (the former home of politician Des O’Malley).

Palmerston is a very active road: last year alone, five properties on the road sold. These ranged in price from €1.326 million for number 69, a four-bed of 262sq m (2,820sq ft) in need of complete refurbishment, to €2.7 million for number 17, a tastefully renovated four-bed of 277sq m (2,982sq ft) that was in walk-in condition and situated on the sunny side of the street – the one where the houses have large southwest-facing rear gardens. Number 15, a six-bed with 393sq m (4,230sq ft), on the sunny side, came to market last year seeking €2.595 million and sold last month for €2.3 million.

The highest price paid on Temple Villas, €3.45 million for number 16, was quite out of kilter with the prices being paid at that time. It was paid in August 2012, when the house changed hands quietly with Sherry FitzGerald as the agent. Not two years later, the same house, with 395sq m (4,252sq ft), was back on the market, this time publicly, with Sherry FitzGerald once again the agent and a price tag of €3.95 million.

‘I’m going to ask you something,’ Sorcha goes, ‘Have you two been sleeping together?’
10