Life’s a beach at 1960s Sandymount home with generous garden for €1.15m 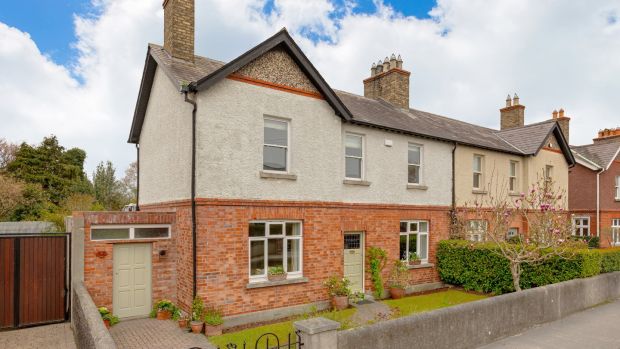 Today marks 16 weeks since the latest lockdown began, and for the past year restrictions on travel have made homeowners more aware than ever not only of their neighbourhoods but also of the pros and cons of the areas in which they live.

Residents of Sandymount have had the bonus of a large open stretch of beach and the salty sea air.

11 Lea Road, which is just around the corner from the strand, has been home to the Ó Briain family since 1964. The late Micheal Ó Briain, who worked as aviation and tourism correspondent for RTÉ, loved his job and the travel that accompanied it, but he also loved his garden where the family were self-sufficient for a good part of the year.

“I love that we are now coming back to growing our own vegetables” says daughter Orla. “Our back garden used to be divided in two; and the entire back was filled with strawberries, raspberries, gooseberries and vegetables. I remember if someone was coming round to visit, Mum (the late Mary Ó Briain) would go out and pick a few stalks of rhubarb and make a tart.”

Orla remembers a childhood full of exploring, beachcombing and being out in fresh air: “We spent so much time on the beach as kids. Our cousins used to come up from Cork for their summer holidays, followed then by the cousins from Galway.”

In those days the highlight of the year for children in Sandymount was the sandcastle-building competition, run by the residents’ association, which has sadly fallen by the wayside.

“Mum used to place a big yellow towel on the beach wall, and she would holler when she arrived with our lunch so we knew where to run to.”

In later years Orla remembers the annual barbeque held along a cul-de-sac on Lea Road, where “all the neighbours would gather, there was – and still is – a great sense of community, and it’s the best way to meet your neighbours”.

The Ó Briain home is an attractive brick-fronted period property extending to 164sq m (1,765sq ft) that retains many of its original features, such as coving, dado and picture rails.

In great condition, the four bedroom house has a secluded sunny southwesterly-facing rear garden, and a Kilkenny limestone patio. There is room to extend – subject to planning – to the rear as the garden extends to 24m (78ft) in length.

Its location just round the corner from the beach will certainly be an attraction, but so will the fact that Scoil Mhuire primary school is a five-minute walk. In addition, the recent planning permission granted for a new two-school campus at Roslyn Park will be good news should new owners have a family as the project will also include a secondary school.

11 Lea Road is now on the market through Lisney seeking €1.15million.