Extended redbrick in Ranelagh for €1.15m 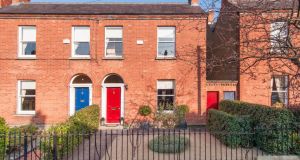 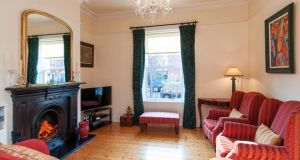 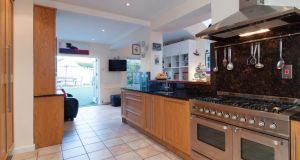 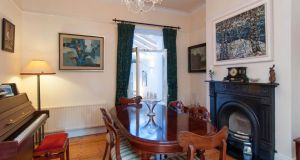 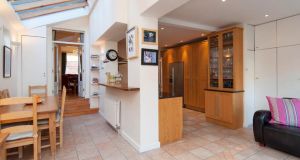 Number 55 Beechwood Avenue Upper has been updated discreetly during the 17-year tenure of its current owners. When they bought the fine period redbrick in 1998, it was their architect, Esmonde O’Briain of O’Briain Beary, who suggested they knock through the two reception rooms and add interconnecting doors that could be folded back flush against the walls, giving the owners full use of both rooms.

It is this level of attention to detail that is subtly apparent in every room in the house. The fire inserts from the bedrooms were put to use in the living and diningrooms, and the original floorboards were waxed and polished. At the same time, a kitchen extension with double doors was added, leading out to the east-facing garden.

Eleven years ago the owners did some more work on the house, turning the window in the diningroom into a set of French doors that connected the reception rooms with the kitchen and creating space for a roof-lit breakfast area.

The kitchen’s smart oak units have been designed to maximise every square centimetre of space, with roll-out drawers inserted into the empty volume behind the kicker boards. It’s a clever way to store cleaning products and serving dishes.

The garden has been lawned in astroturf, and has a shed for storage and a side passage to bring bikes through.

Upstairs, on the return, there is a double bedroom overlooking the garden, a study or cot room and a small family bathroom. There are two more bedrooms on the first floor.

The master runs the width of the house and has a shower ensuite and walk-in wardrobe hidden behind period-style doors. The room also accommodates a large free-standing double wardrobe and chest of drawers.

Some of the houses on the street have been extended upwards to create an attic room, but number 55 has a double-pitched roof, which limits these possibilities.

Out front, the bins are hidden behind a hedge of foliage.

The house measures 152sq m (1,636sq ft) and is on the market at an asking price of €1.15 million through agents SherryFitzGerald.

Next door, number 57, a property of similar size, is also on the market, at €1.25 million through agents Lisney. Both properties have a D2 Ber rating. Parking is on-street.

Hilary Fannin: What I wish my spouse and I had done the morning of our wedding
5