Diamond cut from the rough off SCR for €725k

Bought as a fixer upper, 20 skips and much work later, St Alban’s Road house is turnkey 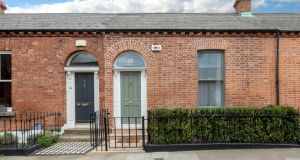 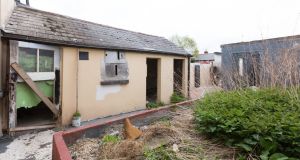 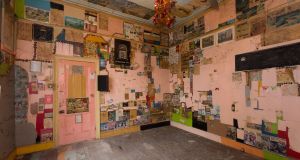 Before: The living room of 29 St Alban’s Road Dublin 8 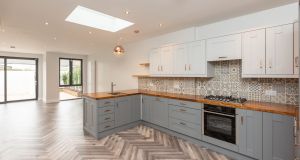 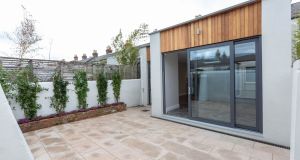 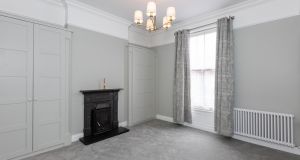 “Dog rough” is how builder Donal Doyle describes the condition of 29 St Alban’s Road when purchased in 2017 by his brother John for €470,000.

There is not a hint of hyperbole in the description, and old photographs would even suggest he is being generous. The house had no windows, plaster was falling off the walls into crevices in the floor, there were partition walls that appeared glued on and lino that didn’t fit the rooms.

And then there was the room that to those of a dark imagination resembled a scene from a television crime drama – walls and ceilings plastered with newspaper and magazine cut outs, overlooked by a picture of the Sacred Heart.

But the diamond in the rough is now cut and polished and bears no resemblance to its former self. It now has central heating, two bathrooms – as opposed to a chilly outhouse – and the back yard is a swish patio set into a cedar clad wall.

The renovation took just four months, as the extension was within the size limitation not requiring planning. The most challenging aspect “was clearing it out – as we had over 20 skips emptied” recalls Doyle – and the house was unfurnished.

The finished product is now a turnkey home. The Ber rating has increased to a B3 – a remarkable improvement from its previous G. The floor space has also increased from its former warren of rooms which occupied 76sq m (818sq ft) to 109sq m (1,175sq ft) – through the addition of a rear extension.

A small courtyard set within the extension is clad with cedar, as are the house walls framing the patio in the rear garden. An expensive addition, but it really adds to the character of the property.

The living and dining space to the rear of the kitchen is very spacious – though this is not immediately apparent as it is currently unfurnished.

Another well thought out addition was that of a full-sized utility – which has a sliding door – so the hall space is not compromised.

While the house is listed as three bedrooms (main with en suite), this includes the lovely room to the front which new owners have the option to use as a formal living room.

They might also want to retain and frame the old photographs of the property, for posterity – they really show what can be achieved by good design and a good builder. The property is on the market through O’Connor Shannon seeking €725,000.

Where does this bile against Meghan Markle come from?
7