Collectors line up for Marilyn Monroe-themed house in Clondalkin 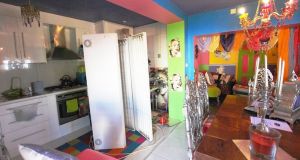 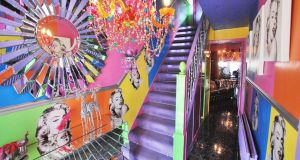 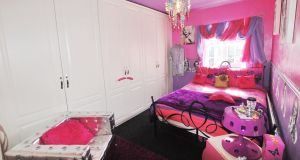 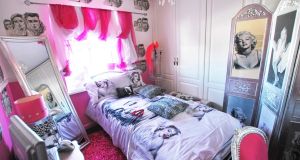 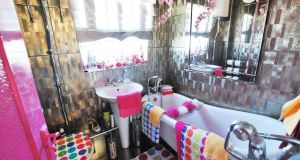 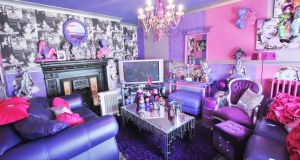 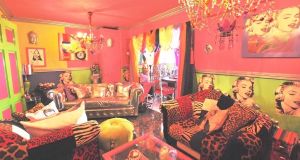 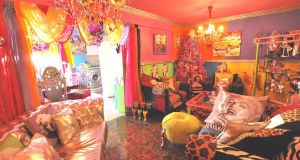 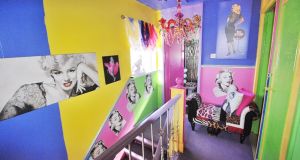 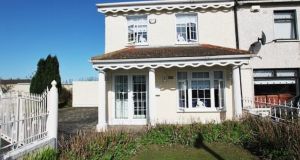 This seemingly innocuous three-bed end-of-terrace house in Clondalkin has become an internet sensation since recently going on the market for €185,000. No 44 Harelawn Drive – or the Marilyn Mansion, as some wags have dubbed it – conceals behind its ordinary facade a wall-to-wall shrine to screen icon Marilyn Monroe.

The estate agent bumph gamely describes the decor as “quirky throughout”, but that doesn’t begin to do the house justice – these interiors really have to be seen to be believed. Every inch of space features images of the Hollywood star set against a backdrop of Dayglo-coloured walls and shiny metallic furnishings, complete with Marilyn duvet covers on all the beds.

Ross McHugh, senior negotiator for the sale with Ray Cooke Auctioneers, says that three serious collectors of Monroe memorabilia, based in Ireland, the UK and the US, have already expressed an interest in adding the furnished house to their collection.

“It’s been up less than a week and we’ve had calls from all over the place,” McHugh said. “If they come along and they have up to €200,000 to spend, I’m very happy to walk them through.” He said viewings of the property will be by appointment only to avoid having “every weirdo in the country at an open view”.

The owner has held a lifelong interest in the iconic star, having always empathised with her sad life, and “felt she wanted to reflect her in every room in her home”, McHugh says. A glamorous lady herself, the owner has reared two children in the 104sq m (1,121sq ft) property, and is now looking to downsize.

Based on the level of interest she has decided to offer the property fully furnished to those who want it because she simply won’t have room to store the memorabilia in a smaller property.

“Fully furnished” presumably this includes the stand-up sunbed in the kitchen. “You can stick on your eggs for breakfast, and by the time they’re ready you’ll have a nice glow going,” jokes Mc Hugh.

And as we know, some do like it hot.

What can €120k buy you in Italy, Greece, Cyprus, Lithuania and Louth?
7