The Hollywood star is selling her scenic coastal property, Lugdine Park, which is set on 35 acres.

The Hollywood star is selling her scenic coastal property, Lugdine Park, which is set on 35 acres, looks out over Glengarriff Bay and has two islands and a private beach. 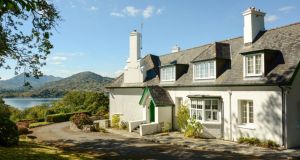 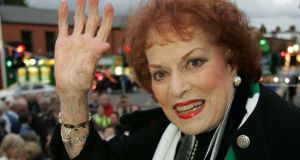 Maureen O’Hara has returned to the US to be near family. Photograph: Frank Miller 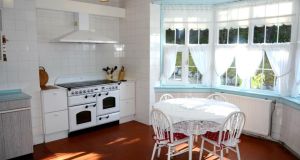 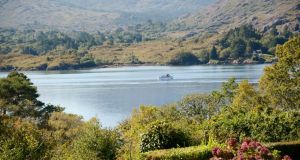 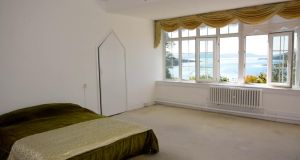 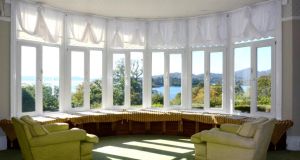 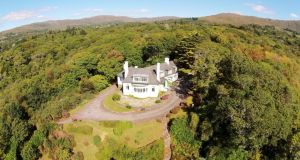 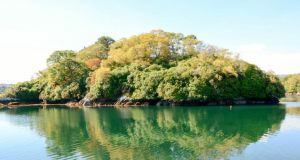 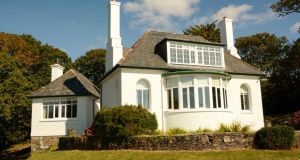 Legendary Irish actor Maureen O’Hara has placed her beloved west Cork home on the market for €2.3 million. In 2012 the 94-year-old star of the silver screen left Lugdine Park, her scenic coastal home on 35 acres outside the town of Glengarriff, for the last time to be nearer family in the US. Last year she announced she was quitting public life.

O’Hara, who is best known for her performance opposite John Wayne in The Quiet Man in 1952, bought Lugdine Park with her late husband Charles Blair in 1970 and lived there on and off until 2005 when she took up permanent residence there.

The house, though a little dated and relatively modest by international celebrity standards, is set in one of the most picturesque locations in the country. Surrounded by woodland, it overlooks Glengarriff Bay and its own private island in the foreground with the Cork/ Kerry mountains in the distance.

O’Hara greatly enjoyed her time in Glengarriff and has many friends locally, in particular through the golf club which adjoins the estate.On her birthday last year she spoke to friends there via Skype. Down the years she entertained many visitors at Lugdine Park including the former mayor of New York, Ed Koch.

O’Hara now lives in Boise, Idaho, near her grandson Conor Fitzsimons. Speaking from her home on Wednesday afternoon she told The Irish Times "“I have too many wonderful memories of Glengarriff to pick just one.  One is starting my golf tournament that goes on every summer.  All of us, the whole village, pulled together to get it going. And it still is today. You miss Ireland for all your life when you leave. I miss looking out my bedroom window at the boats coming in and eating at Casey’s.”

Lugdine Park, which is for sale through Sherry FitzGerald, will appeal to water enthusiasts. O’Hara tells the story that her late husband – a pioneering pilot of seaplanes – announced the house was “perfect” while they were driving down the avenue to take a first look at the property. When she asked how he could know without having seen the house, he said: “It’s the perfect place to land a seaplane”.

Apart from the main house on 3,665 sq ft/340sq m, the estate comprises a guest cottage, outdoor changing rooms, a private bathing beach and two islands. Glengarriff is a small town set into a sheltered harbour, surrounded by trees and foliage.

The grounds of the estate are located close to the town, and it has more than 30 “ladies” walks to choose from.

O’Hara’s final departure from the country of her birth came about following a dispute between O’Hara and her family with her lifelong friend and former personal assistant Carolyn Murphy. Last year the family engaged the services of Arthur Cox solicitors in Dublin to seek more information about O’Hara’s finances and assets.

It is understood there is an unresolved question over possession of O’Hara’s archive of film memorabilia which is in west Cork. The ongoing dispute has led to the shelving of once ambitious plans for a legacy centre, museum and film school in Glengarriff.

O’Hara was not the only famous owner of Lugdine Park, the land was owned originally by the industrialist William Martin Murphy who was also founder of the Irish Independent newspaper. His son William Lombard Murphy built Lugdine Park in 1935 and later passed it to his younger sister Eva Murphy who expanded the grounds and improved the house.

In August the US Academy of Motion Picture Arts and Science announced she will be awarded an Oscar for her lifetime contribution to film after a career spanning 75 years. The only actress among the recipients, her starring roles include The Hunchback of Notre Dame, Miracle on 34th Street, and five John Ford films, including How Green Was My Valley, Rio Grande, and The Quiet Man.

The woman known as “Big Red” for her fiery hair, starred opposite many of Hollywood’s greats, including John Wayne, Jimmy Stewart, Henry Fonda, and Alec Guinness.

In July, O’Hara told Vanity Fair magazine her greatest achievement was being “the first person recognised as an Irishwoman all over the world.”