Make a move to Drumcondra: A quietly confident area on the up 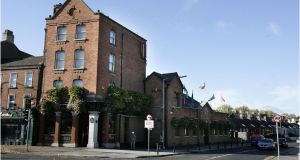 You’d be hard pressed to find a leafy suburban neighbourhood feel this close to Dublin city centre. The area is friendly and tranquil, and just a 20-minute walk to O’Connell Street (and a short drive to Dublin Airport). Nestled in between Whitehall, Glasnevin, Fairview and Marino, Drumcondra has buckets of old-world charm and plenty to like as it stretches north from the Royal Canal. In recent years, gentrification has seen a host of independent cafes and lively businesses set up shop on the main stretch. All the usual arbiters of a neighbourhood on the up – brunch spots, yoga classes, foodie markets and the like – have moved in.

Locals are still waiting for a large supermarket; there’s a Tesco Metro and Spar on Drumcondra Road, and the big shop can be done in nearby Phibsborough. Its proximity to Croke Park can be a good or bad thing, depending who you ask. Match day or big-gig day can be a headache in terms of traffic and congestion. Drumcondra is also home to Tolka Park soccer stadium, the home ground of Shelbourne Football Club, which brings an influx of match-goers. Although, if you’re so inclined, you can sit in your back garden and soak up the atmosphere.

About 46 per cent of houses in the area were built between 1919 and 1960. Victorian terraced villas are a major draw in the area, though prospective buyers may well need deep pockets if renovations are needed, and they very often are. Yet there are bargains to be had for first-time buyers: a 73sq m apartment in Grace Park Manor is on the market at €325,000 (with Move Home estate agents, 01-8844690). House-wise, 18A Clonliffe Avenue is a highly presentable two-bed, two-bath terraced house on the market for €265,000 (via Leonard Wilson Keenan properties, 1890-808080). Fancy getting your hands on one of the red-brick terraces for which the area is known? A three-bed, 118sq m end-of-terrace house on leafy Dargle Road is on the market at €550,000 (via DNG Phibsborough, 01-8300989).

Not quite friendly on the average student’s pocket: a presentable studio apartment on St Anne’s Road was rented for €950 a month recently, while one-bed apartments can cost about €1,450-€1,600. At the other end of the market, a high-spec, four-bedroom home was recently rented off Griffith Avenue for €3,500 a month.

Fagan’s (146 Lower Drumcondra Road) is well-known as one of Bertie Ahern’s favourite haunts. Down the road, the Cat and Cage is nearer St Pat’s and draws a younger crowd. Shouk (40 Lower Drumcondra Road) offers moreish Middle Easter fare at takeaway prices, and is now known as the low-key spot that Michael Fassbender and Alicia Vikander decamped to on a trip to the city. Andersons Creperie (Carlingford Road) is a little off the beaten path but beloved of locals – and gets thronged on the weekends – as is The Lovely Food Company (94 Drumcondra Road Lower). The latter are the people behind the Bread & Butter Gourmet Market, at the same address.

In addition to the old-school population, expect to live among a host of well-heeled professionals and media types working in the city centre who were clever enough to buy a sizeable red-brick years ago. DCU and St Patrick’s campuses also mean that the student population is fairly significant. According to myhome.ie research, 38 per cent of residents are aged 16-34.

Drumcondra is made up of warrens of quiet streets and cul de sacs, which are great for families seeking a little distance from the centre. Griffith Park is a perfect spot for little ones, as is the nearby Botanic Gardens.

The M1 and M50 are nearby, providing a huge boon for commuters. Drumcondra is also on the railway line to Maynooth, Enfield and Sligo, while going the other way, the same train hits Tara Street within 10 minutes in a fairly regular service.

Dublin Bus has a more regular presence in the area, with No 1, 16, 33 or 41 passing through the main thoroughfare. The proposed Metro North rail line connecting Dublin Airport to the city will serve Drumcondra (construction is due to begin in 2021).

“Drumcondra is one of those neighbourhoods that’s quite intimate, where you get to know everyone easily. It’s sort of developing, with more and more restaurants coming into the place. It’s not a big shouty neighbourhood. It doesn’t hype itself up and is fairly unpretentious, but still has a lot going for it.” Róisín Murphy, architect, artist and TV presenter