Robert and Nicky Wilson’s incredible sculpture park in the grounds of Bonnington House, a restored Scottish manor, has to be seen to be believed 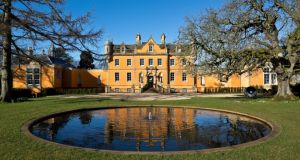 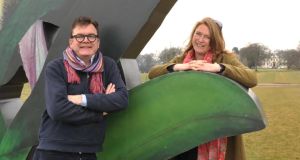 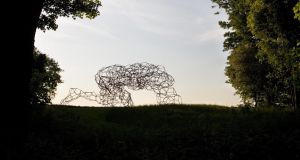 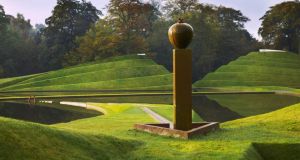 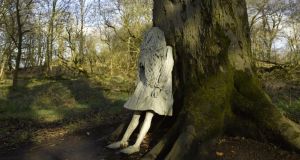 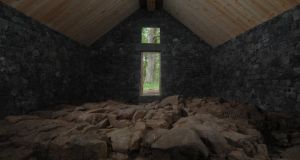 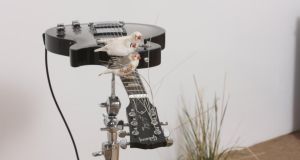 Céleste Boursier-Mougenot, ‘From Here to Ear’

There is always a temptation, with ancient walls, to wonder what you’d discover if only they could speak. Despite having stood, in various guises, since 1622, it’s unlikely that Bonnington House, just 7km west of Edinburgh, has ever witnessed anything as wild, wonderful and (just occasionally) weird as it has since 1999, when Robert and Nicky Wilson bought the 80-acre estate, restored the house and transformed the grounds into what has become Jupiter Artland.

And even though Bonnington – now brought back to its former glories, with its warm ochre facade, delicate towers and turrets and original wings replaced, and a magnificent ballroom built on – ought to be the star of the show, it’s the grounds that capture the imaginations of the 70,000 visitors who come each year.

In fact, the house itself is the private home of Robert, Nicky and their four children: Hermione, Rory, Cressida and Rocco. But you can visit the ballroom and stable yard, and wander the grounds, as these are the heart of Jupiter, and Jupiter is all about art.

“We moved back to Nicky’s home, Edinburgh, in 2001,” says Robert. Bonnington “had been very uncared for so, though we bought it in 1999, we didn’t move in straight away, there was so much to do.”

He agrees the house was “rather sad” when they first laid eyes on it. These days it’s anything but. Right now, in the Steadings (farm buildings) Gallery, 50 zebra finches fly around “playing” 17 electric guitars. It’s an art work by French artist Céleste Boursier-Mougenot.

“It’s a marvellous piece, called From Here to Ear,” says Robert. “The guitars are all tuned differently, and these little finches make music. They’ve become frightfully brave,” he adds, with what proves to be an attractively low-key but nevertheless present sense of fun coming to the fore. “They play up to the audiences, flying down to where the people are.”

The birds get to enjoy state-of-the-art nesting boxes, the guitars are mounted horizontally on stands, and the floor is strewn with sand and grasses. “But we are going through a great deal of wet wipes,” Robert agrees ruefully when I broach the subject of 50 excited finches and the droppings they create.

Robert and Nicky are both incredibly warm and friendly and you get the certain sense that they find Jupiter a joy. “We didn’t originally start with the idea of the sculpture park,” says Robert. “We had some tumbledown stables, and Nicky said, ‘I want to start an art centre . . .’”

I ask him if he’s since learned to think twice when Nicky has a great scheme or dream in mind, and he pauses before saying, “no, we love it. It’s a great idea. Nicky’s an artist and so a lot of the artists here are people she has a connection with. She was taught by Cornelia Parker [whose brilliant Landscape with Gun and Tree is an epically sized hunting rifle almost dwarfing a tree in the woodlands], and we’re working on a commission by Phyllida Barlow, another of her tutors, for 2018.”

A Dubliner by birth, Robert grew up in Killiney and now commutes between Edinburgh and London, where he runs the family business, Nelson’s Homeopathic Pharmacy. There are also trips to Dublin and, when I catch him, he’s en route for a flying visit. Nicky is an artist;

the couple met while she was studying at London’s Camberwell College of Arts.

“I left Trinity in 1986,” says Robert. “That was the time of The Commitments, and really there was no work in Dublin. It’s so different to today. All of us, really, got on the boat and went to London.”

With his brother Patrick, Robert has grown the business, which his parents bought in 1972, creating a global enterprise, and while there’s clearly money in natural remedies, you also get the sense that he’s committed to the idea that there are some things in life that just make you, and things, better. At Jupiter, art is one of them.

“The link,” Robert agrees, “is that homeopathic and natural medicines are all about wellbeing, and that’s the underlying principal for Jupiter too.”

The sculpture park is run as a Foundation, and all the monies raised from admission charges go into educational projects, a range of free schools’ workshops and visits being offered.

“There’s a way of teaching about art in a natural landscape – we try to get them completely immersed. It’s a full-body experience, and it’s all about the perception-changing power of art. There is a power, the power when you look at a great work of art, and then when the art of the landscape works in harmony with the art itself . . .”

Each piece at Jupiter is commissioned specifically for its site, and the results are extraordinary. “There’s a beautiful energy and dynamism, where one enhances the other,” says Robert. “It’s like a triangle, and the viewer is the third part of that triangle.”

You might think this was just hyperbole but, visiting Jupiter, I found myself transported over and over again by different experiences with art. One show-stopper is Anya Gallaccio’s The Light Pours Out of Me, which has you walking down a deep, narrow cut into the earth, to find yourself in a square chamber fully lined with glittering amethysts. Your breathing changes, and the air feels different around you.

Elsewhere, in a boathouse on the lake, Tania Kovats’s Rivers sees 100 scientific jars, each filled with water from a different river – the memories of water meeting over water and glinting like jewels in light reflected back up off the lake. I could have stayed there for hours, but there’s the lure of more outside, including a massive crouching figure by Antony Gormley and, at a different scale, Laura Ford’s Weeping Girls, five movingly melancholic sculptures of little girls crying in the woodlands.

Then, coming out again into the sunlight to run through Charles Jencks’s epic Cells of Life earthworks, and giving in to the urge to laugh out loud, I realise I’m in complete agreement with Robert: art can change how you think and feel. For him it’s the stone house by Andy Goldsworthy. “You go in there and you can almost feel it humming,” he says.

In addition to her network of connections, Nicky travels to art exhibitions around the world to discover new artists to work with, and one of the reasons Jupiter is so all-round wonderful is the couple’s deep love of art, as well as their very obvious sense of pleasure in the projects. They have developed the programme to include temporary installations, alongside the permanent commissions, so there’s usually something new to see.

This year, Christian Boltanski will be unveiling his first permanent outdoor work in the UK, to coincide with the Edinburgh Arts Festival.

“It’s called Animitas,” and it consists of 200 small Japanese temple bells, so they’ll tinkle in the wind. It’s to do with the souls of the departed, the dead, and things that are no longer there,” explains Robert.

One of this year’s temporary works is Danish artist Ditte Gantriis’s Love is Eternal, in the Ballroom Gallery. “She’s made vast wicker baskets, rather mundane items, blown up to huge scale.”

“They spent nine months living in a cottage on the estate, and did this incredible work,” says Robert. “Naomi said it’s the first freehand plaster ceiling in 100 years in a house in this country. And of course Ireland has produced some of the finest plasterwork, like the Francini brothers’ work at Carton house. The team here say that any artwork that comes in has to compete with Naomi’s ceiling, and it is breathtaking.”

Christian Boltanski’s installation and accompanying exhibition launches on July 30th, but if you want to catch the musical finches, you’ll have to go before July 17th.

The Wilsons and their team have made Bonnington house and its surroundings into something incredibly special. Like homeopathy, Jupiter Artland might have to be believed in to have its best effect, but go, and let yourself go, and see what happens.

Trust me, it’s worth it.

Jupiter Artland is open Thursday to Sunday, until September 25th. Adults £8.50 children £4.50 and family tickets from £23.50. There’s a lovely cafe, where you can pick up a map to discover the art. Book at jupiterartland.org.