It was my husband or the kittens. After a long night of the soul, the kittens lost 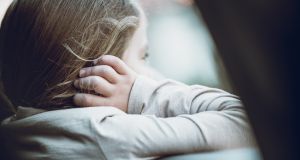 As I drove away, I mentally congratulated us all on how we had held it together on this momentous day. But when I glanced in the rear view mirror to see the house one last time, I realised my daughter was silently crying in the back seat

Our decision in April to relocate from a Dublin suburb to beside the sea was not a unanimous one. Our little girl threw up some serious resistance. She saw no reason to leave her home, her school, her lovely friend on the street and the cat that visited every day. The seaside was acceptable for holidays, but as for anything more permanent, forget about it. She had built a shelter in the Phoenix Park from sticks and that was where she intended running away to if we persisted with this ludicrous plan.

I tried everything in my arsenal of parental persuasion but nothing worked. Then I remembered that during last year’s papal visit, Tánaiste Simon Coveney bribed his daughter with the promise of a kitten after her last-minute refusal to greet Pope Francis at Dublin Airport. Supernanny might not approve, but at least the pope got his flowers. If it was good enough for the country’s second-in-command, it was good enough for me.

“We could get a kitten if we moved,” I said to our daughter.

We shook on it. Just like that, the deadlock was broken.

Unfortunately, when we made it to our rented house near the sea, my husband was so allergic to the carpets that he had to move out temporarily. He then had to get testing done, and the results showed he was not only madly allergic to dust, but also to cats. It was either him or the kittens. After a long night of the soul, I shelved the kitten plan. Reluctantly. It was bad enough that I had bribed my child with the promise of small cute animals; now I couldn’t deliver the goods.

I decided to give spirits a much-needed boost with a trip to the Longford countryside where my parents lived. The space and the freedom of the place, plus the crucial fact that they happened to own two mischievous kittens, never failed to put the kids in great spirits. But there was another reason for the trip. I had to say goodbye to our family home.

During the summer, my parents had come up for a visit to the village we now called home, and had fallen completely under its spell. So much so that they decided it was high time they downsized, and why not do it by the sea? I thought it was a fantastic idea. Instead of being two hours apart, we would soon be only a matter of minutes from each other. Their house quickly went sale agreed and soon they would be moving out.

My parents were in high good form when we arrived, despite weeks of hard work preparing for their relocation. I tried to take in the fact that this was our last time here together. As I went about the house and garden, I kept reminding myself that this wasn’t sad, it was exciting. But memories were waiting around every corner.

There was the place where horses had broken into the garden one night and we had to walk them down the road in the moonlight to put them into our neighbour’s empty stables until the morning. And over there in the hedge were the remnants of the makeshift treehouse my brother and I had built. And here was the spot where our dog was buried, the dog we inherited from our much-loved neighbour when she died.

Luckily, it’s impossible to be maudlin when your children are drenching you with a garden hose amid maniacal laughter. But the kids were now switching into gremlin-mode – not only had I been unable to help my parents prepare the house for their move, we were rapidly undoing all their hard work. It was time to go.

As I drove away, I mentally congratulated us all on how we had held it together on this momentous day. But when I glanced in the rear view mirror to see the house one last time, I realised my daughter was silently crying in the back seat. She didn’t want them to sell up. “I love the house. I love the garden. I love the kittens,” she said. (The kittens, unfortunately, were being rehomed to a friend – the logistics of moving them were too tricky.)

Throughout the moving process, I’d tried to explain that it wasn’t the place that mattered, it was being together, being near family. But maybe she was right. Maybe the place did matter too.

I had set this whole chain of events in motion with the decision to move, and now I had a very sad little girl. It was a lot of change for someone who just wanted things to stay the same. She had recently left the familiarity of her childhood home, and we were now searching for a permanent base. There had been multiple house viewings; hopes had been raised and dashed. It was a strange limbo phase – for the first time ever, we weren’t sure where my family would all gather for Christmas.

However, shortly after our trip to Longford, my mother rang to say that they’d had a change of heart about the kittens – they realised they needed to keep them. The fortunate felines are now racking up a tab in a cattery, awaiting the moment they too can relocate to the seaside to live with my parents again. Maybe they’ll provide a much-needed sense of constancy at a time of so much change. As for our daughter, she is to become their proud co-owner, and is crossing off the days until they – and of course her grandparents – arrive. And there isn’t a tear in sight.