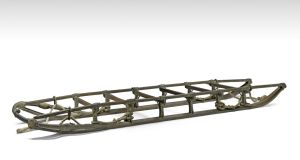 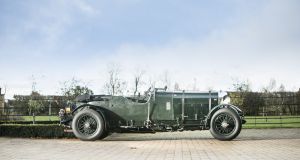 A recent competition by the BBC asked viewers to vote for their favourite “icons” of the 20th century – across seven fields of human endeavour. The winner of the Explorers category was Ernest Shackleton, the legendary polar explorer and pioneer.

Born at Kilkea House in Athy, Co Kildare, his father wanted his son to follow him into the field of medicine, but Shackleton had other ideas, and joined a ship in Liverpool at the age of 16. By 24 he was master and commander of various vessels, but it is his legendary Antarctic expeditions that are celebrated in The Shackleton Museum at the Athy Heritage Centre – the only museum in the world to host a permanent exhibition on the adventurer.

Despite the newspaper advertisement long attributed to Shackleton:  “Men wanted for hazardous journey, low wages, bitter cold, long hours of complete darkness, and safe return doubtful” is now as spurious as it is famous, it does however paint a picture of what explorers endured more than a century ago.

These were times without GPS, with astral navigation as the only guide, when men lived without washing for months on end in -40C, suffering from snow blindness, frostbite, malnutrition and sunburn, not to mention exhaustion and isolation – with a spoonful of Crème de Menthe each to celebrate Christmas day.

Shackleton’s first trip as leader of a polar expedition was on the Nimrod in 1907-1909, when limited supplies were taken to accommodate ponies, 18 sledges and a motor car – which had recently been invented. The ponies either died or ended up as food – the team eventually resorted to eating the fodder as they ran out of provisions.

And the car – donated by Arrol-Johnson of Scotland who thought it would be a superb publicity exercise – managed about five miles a day, compared to the 150 that were initially proposed. The oil froze, the wheels stuck in the snow, and, ironically, the car kept overheating, leaving the men stranded for hours on end in the bitter cold.

Defeated by the weather, lack of food and unsuitable equipment, the team, which also included Jameson Adams, Frank Wild and Eric Marshall, abandoned their attempt to reach the South Pole with just 97 miles to go. They ended up walking in excess of 1,700 miles, traversing the most inhospitable region on earth.

Shackleton died aged 47 in the cabin of his ship Quest, on his fourth expedition to Antarctica. A simple granite column in a whaler’s cemetery on South Georgia marks the grave where one of Ireland’s greatest explorers rests.

A wheel of the car still stands at Cape Royds Hut in Antarctica, where the team spent the winter of 1908. The whereabouts of the rest of the vehicle remains a mystery, but one of the sledges will be the highlight of the Travel and Exploration auction by Bonhams on February 6th in London.

The Scottish company Arrol Johnson, who supplied the ill-equipped car for the Nimrod expedition, went into receivership in 1931, the same year that Bentley met a similar fate – until it was purchased by Rolls Royce and became known as Bentley Motors.

A car produced in 1931: the Bentley 8L Sports Tourer – which had the fastest production chassis in the world at time, and capable of 103mph, is to be auctioned by Bonhams at the Les Grandes Marques du Monde au Grand Palais in Paris on February 7th. The estimate for the car is €600,000-€800,000.

It sold for £1,850 to its first buyer, the US cotton millionaire James C Clarke, who then sold the car in 1937 to Sir John Alexander Arnott, chairman of The Irish Times. His father, Sir John Arnott, had purchased the newspaper for £35,000 from the widow of its founder Major Laurence Knox, and also established Arnott’s department store.

The car remained in Ireland until the 1960s – having been idle from 1939-1956 – when it was purchased by millionaire playboy Keith Schellenberg, who made his fortune from shipbuilding and the motor industry. He became known as Britain’s “snow man” due to his talent in bob sleighing, which saw him compete in two winter Olympics.

He famously purchased the Hebridean island of Eigg and became involved in a well-documented dispute with the locals, who referred to him as “Toad of Toad Hall” as he sped around the island in his vintage cars, clad in tweeds and goggles amid “a lot of noise and clouds of dust” with little regard to the inhabitants.

The islanders eventually got their island back, but not before the shed housing his favourite car – a 1927 Rolls Royce – was set alight, burning the car to a crisp.

The Bentley car in Bonham’s auction has been rallied all over the world – having competed eight times in South Africa alone. bonhams.com; shackletonmuseum.com;