Substantial rollouts earmarked for the area in 2019 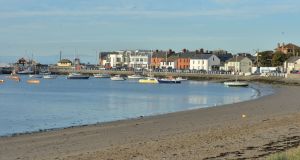 The Fingal area extends to include Howth, Malahide, Portmarnock, Skerries, Donabate, Swords, Clonee and Castleknock. And while Swords was at the vanguard of the post-crash new homes revival, where about 1500 homes are gradually coming on stream, this year will see substantial rollouts in Castleknock and Portmarnock.

Flynn O’Flaherty is close to launch with its new Clonbern apartments and 25 three- and four-bed homes will be available at its Fairhaven scheme from April. Park Developments’ Crofton Hall apartments at Hamilton Park in Castleknock are due to launch in spring.

In Portmarnock, Station Manor has been successfully selling away with a final phase of 12 homes launching next month. D-Res and Shannon Homes also plan spring launches of their new schemes, Dún Sí and Druimnigh Manor. Proximity here to the Dart and sea ensure ongoing appeal for this area.

Kinsealy has just seen the first phase launch of O’Flynn’s Kinsealy Woods scheme where 82 homes will be built starting from €435,000, while in Donabate Glenveagh continues its march with the planned spring launch of Semple Woods, a substantial 305 unit scheme of three-, four- and five-bed houses.

Welcome to my Place ... Leiden, The Netherlands
9