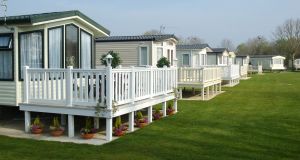 The reopening of some holiday parks is currently scheduled for July 20th.

We have a mobile home in a caravan park. We paid €3,000 annual fees before the season started for our mobile site. It opens March to November annually. The park didn’t open at all (even before the official Government announcement). Will there be any case for reimbursement for the time the park was closed? I presume the owners will be able to avail of some Government supports, but will they pass it on to mobile owners?

Have we any rights similar to a landlord/tenant relationship? What do you advise?

It is likely the licence is centred on your right to store your caravan or mobile home on the site and includes general maintenance, security and the provision of utilities and site infrastructure. Although you cannot currently access the site some of these services are continuing.

Because the park in your case did not open at all (even before the official Government announcement), at first glance the licence may appear to have been frustrated. Frustration is a common-law doctrine that can be applied if a commercial agreement has become incapable of being performed through no fault of either party. If an agreement is found to be frustrated it ends the agreement entirely. The agreement will be set aside, leaving the parties in the position they were in at the time of the frustrating event before the agreement began.

The onus of proving frustration is on the party claiming that the agreement has been frustrated. The consequences of a declaration of frustration can be harsh to all parties and should be carefully considered.

The roadmap for reopening society and business sets out how the Covid-19 restrictions will be lifted. The Government has laid out its five-stage strategy for easing the lockdown. Currently the reopening of some holiday parks is scheduled for July 20th. Caravan parks will remain closed until that date and will reopen only if approved by the National Public Health Emergency Team.

Through no fault of their own the caravan parks must now remain closed. Although access to the park is currently prevented, it is unlikely the licence will be considered frustrated in its entirety if it is opened at a later date.

A decision as to whether the pandemic has frustrated the agreement will depend on the actual impact on the parties’ ability to perform those terms agreed, which remains unknown.

It is possible you have a legal right to a partial refund of the licence fee. By failing to open the park at all the licence provider may have failed to perform a fundamental obligation of the licence. The provider agreed to provide you with use and access to the caravan park in return for the fee paid. This might be considered a fundamental breach of the terms and you may be entitled to a refund.

You should try to avoid a dispute developing. You should write a letter to the caravan park requesting a refund of the fees paid in circumstances where they cannot or have failed to perform the terms agreed. Retain a copy of the letter and ask the post office for a certificate of postage.

If you do not receive a reasonable response to your letter within 14 days, it is suggested you contact a solicitor who will be able to advise you how best to proceed. The Law Society’s website has a section entitled “Find a solicitor”, which you may find useful – lawsociety.ie.

Meanwhile. you should check any insurance you have on the mobile home. Read the terms and conditions to see if there is any cover for the circumstances you have set out.

William O’Connor is a solicitor with P O’Connor and Son, solicitors, poconsol.ie