Padraig O’Morain: Text without images and a child who doesn’t exist 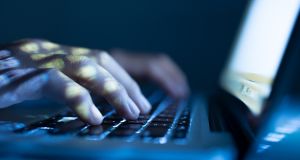 Recent cases concerning child pornography raise two aspects of this distressing crime. The first concerns the need to do more to resource gardaí to analyse computers seized during investigations.

This issue, which I’ve written about here before, continues to be mentioned in court cases where long delays have occurred in the analysis of child pornography images on seized computers.

In one recent case in Dublin, a man was convicted of possession of child pornography in 2010, but it took five years for the computer to be analysed because of the backlog at the Garda National Cyber Crime Bureau. In another case, in the southwest, a defence lawyer complained it had taken six years between the seizure of his client’s computer and his appearance in court because of delays in analysis. The client pleaded guilty.

It seems to me that if we want to say we take child pornography seriously, we need to ensure that the cyber crime bureau is extremely well resourced. Prompt analysis of computers could help to save specific children from further abuse given that child pornography is created and distributed on a global level.

The other issue which came up in court recently, and is worth noting, is about private, written conversations which do not involve images and do not concern a real child.

In a recent case at the Dublin Circuit Criminal Court, two men were charged with producing child pornography on the basis of a private conversation between them in a chat room concerning a fictional 16-year-old girl. One acted the role of a 16-year-old girl and the other the role of an adult. This was done through text conversations and no images were involved. Ordering them to keep the peace and be of good behaviour for one year, Judge Martin Nolan said the case was very unusual and the fact that one of them acted the part of a 16-year-old brought their communications within the definition of the legislation. He also imposed suspended one-year sentences.

A defence barrister said the offence was “very much at the outer limits of definition in the statutes”.

The sentence was light but, all the same, the men’s reputations were destroyed.

The legislation also refers, in an oblique – to my reading – sort of way to documents. My assumption would have been that it was referring to images printed on documents. However, the judge’s interpretation tells us that it refers also to text without images.

Psychological treatment may be more successful without the public shaming

What’s noticeable about this case is that it was about a private conversation that was never meant to be seen by anyone else. I’m not surprised that one of the defence barristers said he initially found it difficult to advise his client given the unusual nature of the case. However, the client had made it clear he wanted to plead guilty.

There is something disturbing about the case that I can’t quite pin down. On the one hand, the conversations were, in the judge’s words, “lurid and obscene”. On the other hand, I am not sure that the destruction of people’s reputations (not, of course, the intention of the judge but a consequence of the case) for engaging in private conversations about people who don’t exist and that are not meant to be published, is a good thing.

Psychological treatment, which at least one of the men has been undergoing, is certainly important in such cases, but I think it may be more successful without the public shaming.

Is there a contradiction in the fact that we allow the sale of books such as Nabokov’s much-praised and tedious novel Lolita which centres on the lust of a man for a 12-year-old girl?

You would not expect somebody to end up in court for possessing a copy of it – yet it was written for distribution.

- Padraig O’Morain (pomorain@yahoo.com, @PadraigOMorain) is accredited by the Irish Association for Counselling and Psychotherapy. His latest book is Kindfulness. His daily mindfulness reminder is free by email.